I’ve just been debugging display issues in the CSS in Knowlege Constructs FAQ-Tastic tonight. Firefox and Safari on Mac were a breeze to get right: just pull all the margins and padding off of ol.faq with a .nonumbers ol class that I’d already been using. It was especially easy to figure it out with the Web Developer’s Toolbar on Firefox.

Unfortunately a quick excursion over to the Darkside and Internet Explorer (the blinkers through which 92% of the visitors to our clients still see the web – among Folivision vistors Internet Explorer users are a minority), showed that the CSS code just wasn’t working. Indentation had gone totally astray.

In the absence of Web Developer’s Toolbar for Internet Explorer, there is no way to get instant Internet Explorer preview. The closest thing is to open up the file directly from the server and save it back to the server. Usually, I am set up with two monitors on my desk, a 20″ Samsung 205B for the Windows box and an HP LP3065 for the Mac work station. It’s just a matter of editing in CSSEdit or BBedit on the Mac, saving onto the server and pressing F5 on the PC keyboard.

We’ve installed a Linux machine now – the first of many – and I had to give up my 20″ Samsung 205B and plug the Windows box back into the HP LP3065. (Both monitors are highly recommended, btw.)

Pushing input and switching keyboards was not efficient (3 movements instead of one, along with a screenflash each time).

So I decided to take the plunge and go looking for a Windows XHTML/CSS editor which would allow me to open up files from the server. It was either that or move a monitor.

END_OF_DOCUMENT_TOKEN_TO_BE_REPLACED

All software documentation should be written by Germans. Here is a thorougly Teutonic guide to detoxing a Window's box. It could only be a friend's home computer.

Some good pointers and getting the invevitable Autorun out of there - which is something which will be useful for us at Foliovision:

Using Sysinternals' AutoRuns tool I had a look at all the different places that can be used for running software on logon or boot, and apart from all the (presumably) tiny gadgets and widgets I also found a lot of the ubiquitous pre-loading parts of all sorts of common software: Adobe's PDF Reader, Microsoft Office, something from iTunes and several others....

Nobody in their right minds would boot their machine in the morning and manually launch Acrobat Reader, all MS office apps and every application they might possible use that day just to have them ready. It is immediately apparent to even the novice user that this is probably not making the machine more responsive.

But this is - almost - exactly what happens with all the auto run entries: You just don't see them on the screen immediately. So one thing I always do after installing any software is double-check whether it just registered some sort of auto run and if so remove it.

This is the result you are aiming for at the end:

Normally we do all this by hand, but I am going to try the Autoruns tool. It looks like a great way to speed up the cleaning process. Check Daniel's article for how to detox an XP computer without formatting the drive. Frankly, I think if I was going to go to this much trouble I would just move the data off and format and then back. There are too many things that can go wrong if you don't format the drive. But in these days of 500 GB standard hard drives, his tips willl become more valuable.

END_OF_DOCUMENT_TOKEN_TO_BE_REPLACED

One of my clients recently moved to Google Apps as their full time email solution.

I had my reservations at the time, but more on privacy grounds than technology ones. It turns out there are technology issues as well. My client was very excited about improved spam filtering from Postini. After the move he told me right away that he was getting a lot less spam.

Over the holidays, we couldn't figure out why Adwords was sometimes claiming more completed applications than the client was receiving. My tests were working. Finally we compared lists.

My client wasn't getting all the completed applications that were going into the database.

It turns out that Google Apps/Mail were deleting quotations (even though they were coming from his own domain).

END_OF_DOCUMENT_TOKEN_TO_BE_REPLACED

We have occasionally - say about once a month - had small problems with our cable internet (Chello.sk). We've been lucky - the longest we've been down is one and a half hours and most of the time it's less than this.

Even a single day with internet down for a whole day would cost the company three times more in lost productivity than the cost of the second high speed connection for the year.

So we've done what every modern business should do. We now have redundant high speed internet from T-Com.

Which is a good thing as our cable internet is down today. But no big deal, I just swapped the router over to the DSL connection and we were all ready to get back to work. Well, almost.

END_OF_DOCUMENT_TOKEN_TO_BE_REPLACED

When I wrote my last post I thought some people might be curious about the tools we are using to run Foliovision. As I started to write a short list it was quickly apparent that this is a subject of its own.

The list will mainly focus on online applications, as they are the primary tools in our kit. Online applications allow people to work from different computers and for new works to get up to speed more quickly. They are also wonderful for remote workers, of which we have always had a few.

What are we now using includes:

END_OF_DOCUMENT_TOKEN_TO_BE_REPLACED

Firefox has a great search feature based on Command-F (Mac) or Control-F (Windows).

You get a cute little text box at the bottom of the screen which allows you to search the whole page.

Subsequently Command-G works just fine to take you down through the page.

END_OF_DOCUMENT_TOKEN_TO_BE_REPLACED 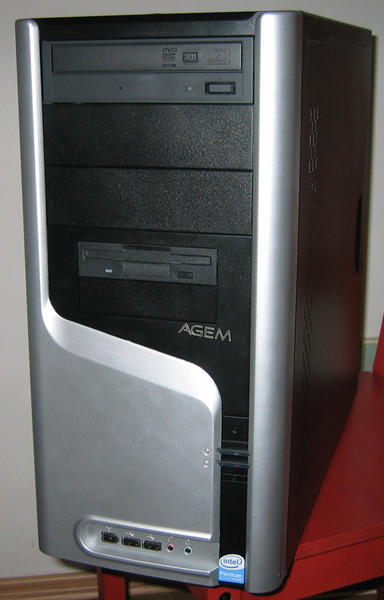