Having trouble creating new Deals quickly and easily in Highrise. I’d like to be able to create new Deals directly from the dashboard the same way you can with Cases. 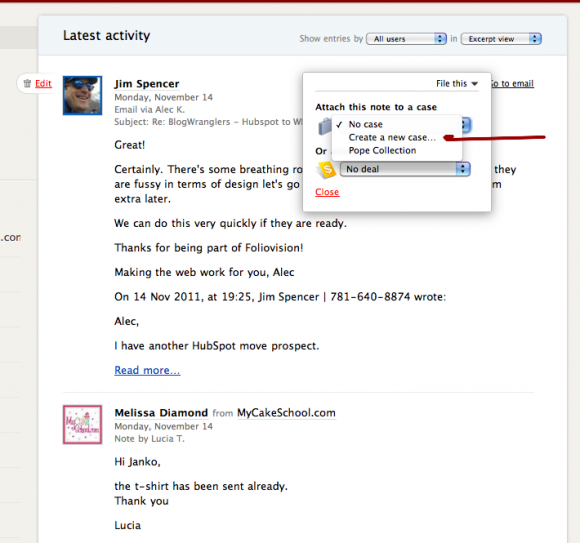 37 Signals minimalist philosophy in terms of software is something I really get and really appreciate.

37signals got it so right with allowing us to create a new case from the Highrise dashboard when filing an item.

On the other hand, I don’t understand how 37signals can cripple the dashboard File option for Deals by not allowing us to create a new Deal and file the item directly.

Such an easy fix and we’ve been waiting years.

Unfortunately, this fix will be more difficult to add to our GTD product for Basecamp AscentList than search ordered by date and some of the other nice tweaks coming. AscentList will be free until at least May for those who sign up now, so if you are missing some advanced task and project management capabilities in Basecamp, give AscentList a try. Early adopters will get a permanent discount.