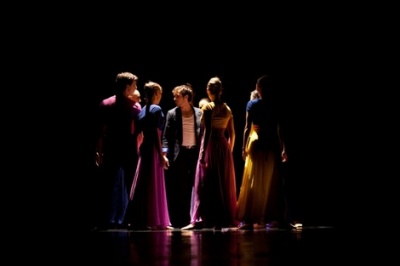 Balletclub Wien. Ingeborg Tichy-Luger created the Balletclub Wien about twelve years ago now. In the meantime four or five artistic directors have come and gone, but Frau Tichy-Luger has continued promote dance in Vienna and in particular puts on an almost annual showcase of young choreographers called Choreolab.

Series 8:08. Toronto based workshop and performance workshop collective. Many young choreographers pass through Series 8:08 on their way to (relative) greatness. Choreographer Kathleen Rea introduced me to Series 8:08.

Sea Shepherd. Captain Paul Watson has given his life to protecting whales and dolphins. After an early rift with Greenpeace (not effective enough for Watson), with the help of his fellow Sea Shepherds, Watson has done more single-handledy reduce the whale hunt than all the rest of the NGO's and environmental and governmental organisations combined. If you are interested in working as a true activist Watson's book Earthforce! is a much read. Watson explains how to manipulate mass media and how to successfully practice direct action without harming others or going to prison.

World Wildlife Fund. Our Canadian registrar Baremetal.com allows us to donate to a charity each time we renew a domain. Usually we give to World Wildlife Fund. I'd rather give more to Sea Shepherd but they are not on the list. I'm sure the WWF are doing some good and they have one of the world's greatest logos.

EFF. Electronic Freedom Foundation. Our newfound digital rights are already in danger of being taken away from us. EFF fights for our freedom. Their site is a great resource on what is happening online in terms of expression and repression. EFF provide free legal support to those in danger of being crushed by corporate and governmental organisations. Thank you EFF.

Informed Comment. Professor Juan Cole is another great advocate for freedom, understanding and a better world on most days. Without his light shining into the Middle East, the English language mass media would be able to keep all of us a lot deeper in the dark. Professor Cole has lost a tenured place at Yale by speaking truth to power. We are proud to support his work.

Wikileaks. Yes we gave money to Wikileaks. And we are really annoyed that Visa, Mastercard, Paypal and Amazon all collaborated with the US government to steal the money we gave to support freedom of information. Regarding privacy, Google's Eric Schmidt tells us if we have anything to be ashamed of perhaps we shouldn't be doing it. I'd prefer he call his friends in Washington and the DOD and tell them that.

Znet. Frankly these guys are a little more radical than we are. And we can't take too large dose of them at any one time and keep working productively. On the other hand, they've been working for a long time to offer an alternative POV.

Many of our staff work with children in their free time. We make sure they have the liberty to take extended holidays in summer to do that work or free days during the week. We also contribute financially to their organisations.

Community of Lutheran Youth in Piešťany. The community of young people includes not only Lutheran members, but also Christians from different Churches, communities and movements. Since 2004 they organize camps, parties and trips for children. Work for the others is a joy for them. And we try to take inspiration from their positive attitude to life! 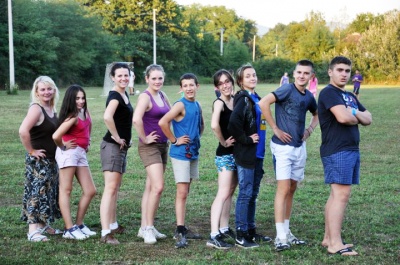 Návrat, o.z. “We don't give toys to abandoned children!” is not a motto of radicals who have no empathy, but is a rational and very precise recognition of orphan's true needs. Since 1993 the civic association Návrat (which is a Slovak expression for "Return") promotes and supports the comeback of abandoned children to families, as only loving and stable family can provide optimal conditions for healthy mental growth, they are convinced. So we are! Our employee works as volunteer and takes care of children when parents have trainings, helps with preparation of summer camps where whole families are present. Návrat gives full ongoing support to families not only on legal, but also on psychological basis and stays close to them whenever in need. 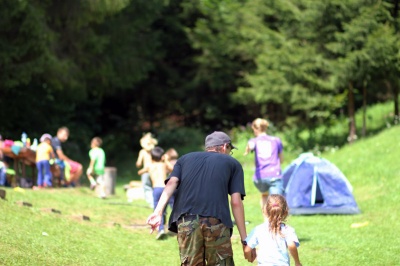 We contribute code to WordPress.org and support over a dozen professional plugins for WordPress free of charge ourselves.

We have contributed financially to dozens of open source and free projects including:

Thank you to all those who have donated to our open source work like Joe from EnterpriseIT.com.