The Pro version of our FV Player recently got some interesting new features and more are on the way. 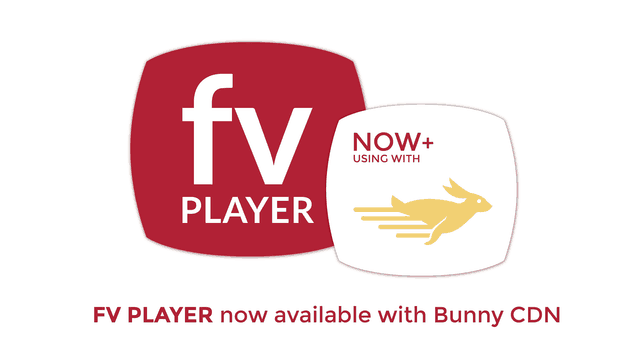 FV Player Pro now has a new hosting option – BunnyCDN. This network with a funny name and a claim that says it’s powered by bunnies is actually one of the cheapest storage/CDN solutions available, with the prices starting at $0.005 per GB for the global distribution. You can also select only specific regions.

BunnyCDN offers everything you would expect from this kind of service – easy-to-use storage and distribution Pull Zones setup in a user-friendly interface with the possibility of adding the signed URLs protection to your videos via authentication token.

FV Player Pro allows users to show their own custom video ads in in a pre-roll with their regular video content. This feature simply called Video Ads now has a new feature called Limit ad playback. As the name suggests, activating it will limit the playback of your video ads to only once per day for each browser – that means a user who uses his iPhone to open your website in Safari will see the ad only once and then won’t see it again until the next day in the given browser.

The integration of Amazon CloudFront which provides download protection is a very important part of FV Player Pro. Until now our player was able to use the CDN only for delivering video content stored there. This was pointed out by one of our users, who also wanted to use it to show a splash image with the video.

We fixed this bug and now you can store the splash images in the same S3 bucket as your videos and use CloudFront for delivering them.

You can learn more about using CloudFront with FV Player Pro in this guide - Serving Private Videos via CloudFront.

Our player is using the official YouTube API for serving the videos hosted on the popular platform and that technology transfers some of the native YouTube functions as well.

The issue was that when a video hosted on YouTube was opened in fullscreen, the viewer would sometimes get the YouTube native control bar and not the control bar of FV Player. That would prevent viewers to use the FV Player features and that is definitely not a desired behaviour. This problem is fixed now.

Anyone using the encrypted HLS streaming knows that setting it up in AWS is quite difficult and there are many small steps that can be easily set wrong and will result in a stream that won’t work. One of them is correctly setting the License Acquisition URL – a setting that is essential for creating the correct encryption key that will make the videos play on your domain only. 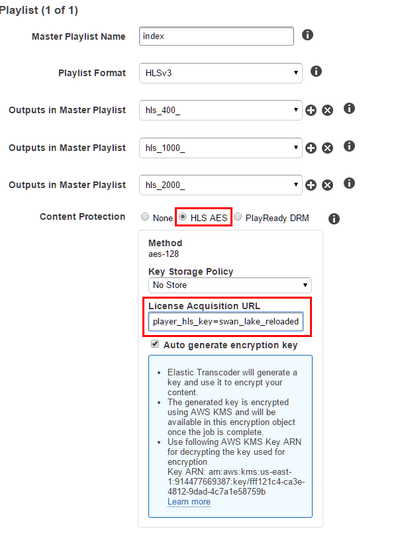 We made our player use the decryption key that was generated from the domain name and the name and the Output Key Prefix. For example:

However, some users used a very similar Output Key Prefix and using videos with such prefix on one page could result in the player trying to access a video with a key for another video. This would ultimately result in video decryption error and video not playing.

Therefore we added support for including the name of the master playlist in the License Acquisition URL, which makes the player know precisely which key belongs to which video. The new format will be https://your-site.com/?fv_player_hls_key={Output Key Prefix}/{Master Playlist Name}. For example: