Affordable VAST/VPAID for Wordpress has arrived. Serve ads with your videos starting today!
The situation is more serious than I initially thought when I wrote this article. IBM has repeatedly savaged governments around the world for sums up and over $1 billion dollars for systems which don't work and have to simply be discarded.

I'm using headcount as a symbol of dollar figures for the Canadian government as in a service business like government or a software/IT company salary makes up over 70% of costs. It's not exact, but it provides pretty good reference numbers. Projecting these ratios onto Canada's federal government this would mean it's about twice as efficient as we've been able to become as a small business paying attention (we'd be at 1%). This is a ludicrously high on this kind of economy of scale. So the idea to reduce the head count was a good one. The target was 500 staff instead of 1200.

The mistake which was made was to try to stuff all the very diverse payment systems into a single system. It would have made more sense to categorise the type of payment systems and put like together with like. There would be a master reporting system on top of all the modules to deliver combined reports. The reporting system would be relatively easy to write if the ten or fifteen payment systems were well and simply made and storing data in an accessible way. You'd start by categorising the kinds of payroll, choosing one category, building one good payment system and then clone it out to the others.

IBM instead sold the Canadian government someone else's software (Oracle's Peoplesoft) on a sweetheart contract which did not require delivery of a working solution. Then IBM failed to successfully implement while taking payment all the way along.

It's not an accident or a one-off. IBM did something similar to Australia:

It shouldn't be this difficult for governments to resolve failed contracts. There is no reason for private enterprise to profit from failed public projects or inadequate estimates.

In cases like this in the past, the Canadian Government would just be able to tell IBM to deliver the goods as promised or IBM would be banned from doing business in Canada - effectively frozen. Under NAFTA and similar trade pacts, governments have lost all leverage and these sweetheart deals continue to be pushed through.

IBM is a hollow shell of what it once was. IBM treated its own workers horribly, when in 1993 they initially off-shored what was the world's most capable software and engineering workforce. One of IBM's major destinations after blowing up their US workforce was Bratislava. Some of IBM's business has moved on from Bratislava now as the environment is not sufficiently low cost any more. From insiders here, I had the chance to learn how IBM's service business really works.

The tech credentials of these software "experts" were pretty low. Language skills was the bigger issue along with basic computer literacy (ability to send emails and manage a CRM). An HR recruiter who worked for IBM and I had a running joke about what it took to get hired at IBM Slovakia. It was just three yeses to the following questions.

The technical work was not kept within Slovakia at all. It was sent out to boiler rooms in India with extremely low skilled specialists and very high turnover. Your little service job might have to be done three or four times before it passed quality control and your "team leader" reported back to you. The teams were always rotating and there was no continuity on the work on any given project. If I were an IBM customer, I'd be very worried about my data transferred between so many jurisdictions and experts. It only takes one weak in the chain for your private business data to leak into the wrong hands.

In exchange, companies were paying premium development rates - hundreds of dollars an hour. IBM were effectively selling you $4/hour developers at premium prices. A company could hire software customisation engineers on hourly remuneration with ten times the soft skills and five times the hard skills for one third the hourly rate IBM charges. 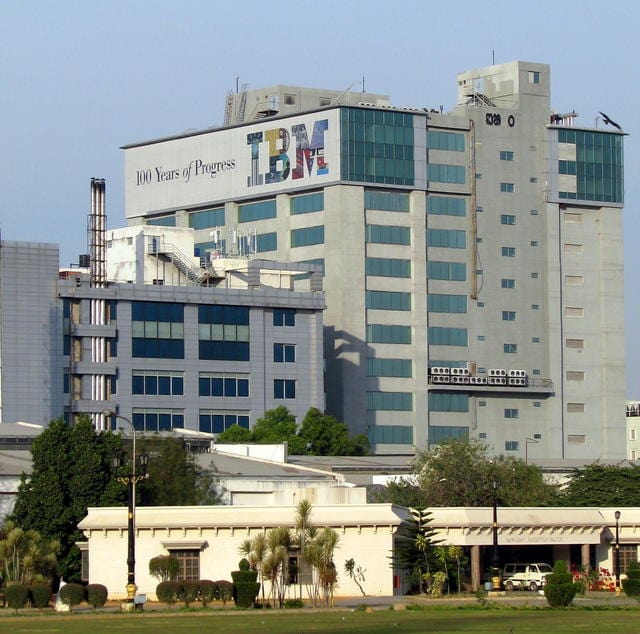 Now Canada is paying for IBM's irresponsibility as an employer, a supplier and a corporate citizen.

Canada would have done far better to hire Canadian Mike McDerment to build their payroll system from scratch. Mike has built two accounting systems which work more or less flawlessly: Freshbooks One (what we use) and Freshbooks Two (what Freshbooks are selling now). Freshbooks practices accountability. Once when Freshbooks servers went down for about eight hours, Mike gave everyone affected (about half their customers) a free month of service. I thought that was crazy over-compensation (and that's from someone who refunded $6000 to a single client for a project which didn't go according to plan).

My only recommendation to someone thinking of buying the IBM brand. Just don't. IBM doesn't produce what they are selling, offer low quality services at high prices and seek to sign customers up to dishonest contracts. In addition, IBM treats its employees very poorly (as contractors where possible), has hollowed out its home economies (North America). As coup de grace, IBM has stolen nearly a billion dollars from both Canada and Australia on failed payroll projects.