Going from 30 students at the local music store to thousands of subscribers on his website, music teacher John W Tuggle is now living everyone’s dream. To have a passive income source that makes money while you sleep is what every person wished for at some point, and John got there with the help from FV Player.

When he was 17, John bought a Kay Electric Guitar and Peavey Rage amp, using the money he saved up from working at a grocery store. (Very “Summer of ‘69”.) He took private guitar lessons and spent a lot of time in his room trying to learn how to play Led Zeppelin and Jimmy Hendrix.

Four years later, he quit his job at Sears and started teaching guitar to 30 students a week at Jubilee Music store in Fairhope, Alabama. John says it was overwhelming:

There is definitely a learning curve to showing someone how to learn the guitar efficiently and properly while maintaining the student’s interest. Looking at concepts and techniques through someone else’s perspective is a skill I tried to develop early on and still try to find better ways of teaching guitar to students.

He did find a better way, but first he had to overcome a few obstacles.

The Road to Video

In 2006 he wrote his first instructional book, Beginner Guitar Method Book. When the book was finished, he bought the domain name LearningGuitarNow.com, to sell the book. It was a fiasco:

Learning Guitar Now actually debuted in November of 2006, and I only sold one book to a friend of mine. I wouldn’t sell another book again until almost a year and a half later.

The failure almost made him give up on making any more instructional materials, but later he decided he would give it one more shot. He started learning about marketing and how to create products that sell. This was when he noticed that YouTube has become very popular and considering video cameras weren’t really a luxury anymore, he decided to create videos instead of books.

He got a new look for his website and in 2008. This was also when he launched his first product – Slide Guitar Method 1 Open E Tuning and made $100 in the first day. A week later, Gibson contacted John to ask if they could put some of his Youtube vidoes on their website. Six months later Apple featured John in their newsletter for top Video podcasts in 2008 gaining him 4,000 subscribers in one day.

Video was the way to go.

Searching for a player that would offer him more features than Vimeo, which he was using at the time, John came across the FV Player. He wasn’t satisfied with Vimeo, because it lacked features his subscribers wanted. And if he wanted to keep his subscribers and attract more people, he needed to offer them more:

With subscription based videos, people want all the features that you can use in like VLC for example. And Vimeo only had the embed option.

In 2015, he contacted Foliovision with an idea for a feature that could improve his customers’ experience even more – AB Loop.

With AB Loop, users are able to pick the part of the video which they’re want to play on repeat over and over again. It is perfect for practicing guitar “riffs” or “licks” or for any other music tutorial.

When John contacted Alec and Martin with the request, he had a basic idea about what the feature should look like. It has proven to be a great improvement of the FV Player for John, along with speed buttons (slow motion), and it has also improved his sales:

AB looping is just something I’ve been trying to get to work for years really. But since I don’t have any experience with that kind of development, I contacted Alec and Martin and we tried to figure out the interface, and I think we came up with something that works pretty well and something that now a lot of people seem to be really into. It’s a big feature people want to use when they are learning to play an instrument.

The free version of the FV player plugin comes with speed buttons, which allows you to adjust the speed of the video and in the case of learning to play an instrument, you can play your tutorial video in slow motion. AB Loop and the speed buttons make a perfect combination for teaching music through video:

These are the biggest advantages of the FV player from my perspective – the slow motion and the AB looping. Having these features available makes it a lot easier for someone to learn. 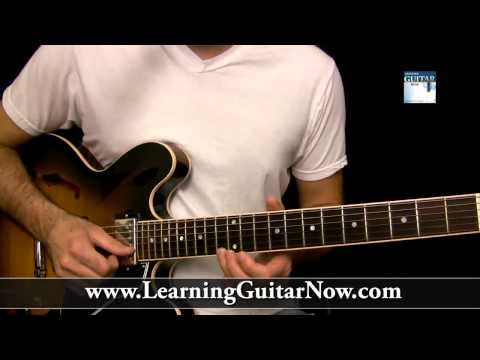 A playlist of John's free tutorials08:35 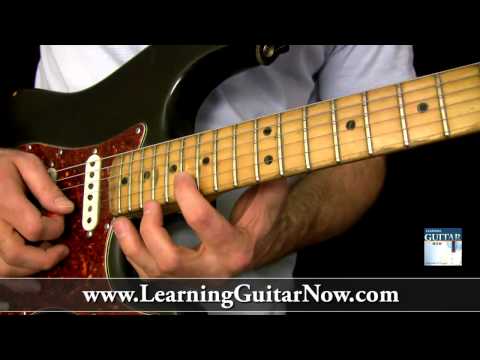 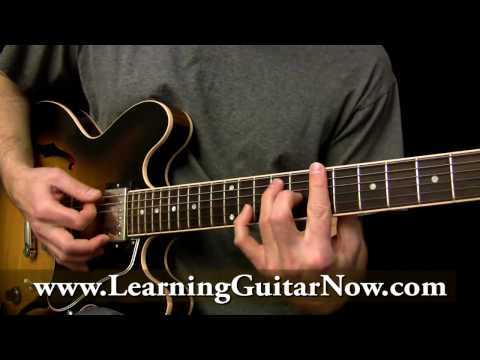 John has over a thousand videos on his website, so another FV Player feature he found useful was the option to create multiple playlists on one page:

It made my work a lot easier. Let’s say you have a course and it’s four of five hours long and you split it into like 10 or 15 segments. It’s a lot easier to have one web page with 5, 6, 7 videos on it with small playlist links instead of 5-7 pages with different videos on it. From navigation point of view, this works so well.

But this isn’t where it all ends. John wants to keep on improving his video lessons and he already has a few ideas on how to do it. Learning Guitar Now is John’s only form of income and his business has never been better, also thanks to the rich features of the FV Player.

Video was the way to go.