Anyone who owns more than two Macs know it’s a real convenience to be able to use target mode for transferring files. You just restart your MacBook Pro and hold T down and you’re in Target Mode. This lets you copy files on and off the target computer as if the disks inside it were external drives. 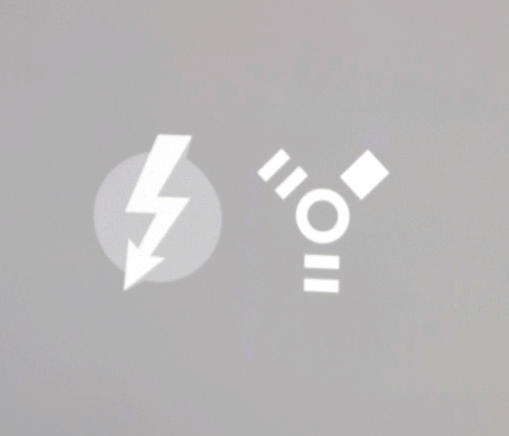 The issue lately though is that MacBook Pro’s when in Target Mode make a terrific amount of noise:

I have a new Santa Rosa MacBook and when started in Firewire target disk mode, the fan runs at a high rate all of the time. This is even when there is no disk activity. Is this normal?

Poor David got all kinds of wrong explanations, excusing Apple’s behaviour. Version one:

I think the fans run because there’s no Mac OS telling them what to do. I think the firmware will try to overestimate instead of underestimate the need to cool the computer. I don’t think it’s abnormal. Sometimes the same thing happens when running the Apple Hardware Test on some Macs.

According to this explanation David’s computer isn’t running hot (as it’s not doing anything except potentially copying files), it’s just that the computer doesn’t know that there’s no load and it’s running cool. In this scenario, Apple’s doing a great job but just hasn’t finished the job.

Finally there’s the good old Apple know-it-all who blames the original asker for his question with supercilious answer which makes pointless additional work for the hapless asker:

Why not just call AppleCare Support and get the answer directly from the manufacturer? Even if someone else with the exact same model replies, how do you know their MacBook doesn’t have the same defect yours does? Maybe they’re all “defective” and that’s the only response you’re going to see here and everyone thinks it’s “normal”?

I don’t know how often Douglas McLaughlin has called Apple or any other computer manufacturer lately. Doug, I have some bad news for you. The people manning the phones are reading from a script. Probably but not necessarily own Apple computers. Unlikely to have any more knowledge of the OS and hardware than a moderately advanced user.

Tel. support can’t really hear how much noise is being produced by the fan, so that isn’t a very useful option. (I tried holding the phone on keyboard and the support guy thought it should be taken in, but that doesn’t mean much.)

The blind leading the blind.*

On the Apple discussion forums (more likely at MacRumors forums actually), you might run into independent developers for Mac platform, sysadmins with rooms full of Apple computers or ten year plus users who’ve owned one or more version of almost every Mac family to come out since they started using Macs and now. Sometimes all on the same thread. Happily many of us can answer David’s question much better than Apple call center staff.

In this case (and I’ve owned five computers in the MacBook Pro family between 2009 and now), what has happened is that Target Disk Mode is extremely poorly engineered and runs the processors at full speed just for fun while copying files (rather at all times).

How do I know for sure? Today I’m taking a MBP out of service and need to update three backup copies of its data. I thought it would be simpler to do it all from a single master computer but it’s impossible to sit in the same room as the target mode MBP. When I couldn’t stand the noise any more, I quickly rebooted to run SuperDuper Smart Updates directly.

I was astonished to see that after rebooting the previously Target Disk Mode MBP’s processor temperatures were in the mid-seventies. That’s hot, especially after a reboot, however quick. This means that Apple just hasn’t bothered to write decent firmware for the Target Disk Mode on the very popular 2010 to 2012 i7 15 and 17 inch MacBook Pros. Your processors are being run at full speed with no throttling or downclocking.

Hence your fans are at full speed for very good reason. Your computer would burn up otherwise. So Target Disk Mode might just kill your MBP by:

The only good use for Target Disk Mode would be to stress test your computer and/or clean out the fans by running them hard.

If you run fans hard before they get very dirty high rev cleaning can work. With really filthy fans – and trust me dust gets in there even if you treat your MBP well – you’re more likely to kill the once and for all. Here’s a picture from inside a MacBook Air after partial cleaning. You can still see the kind of gunk which slips in the heat vents and attaches itself to fans and motherboards. 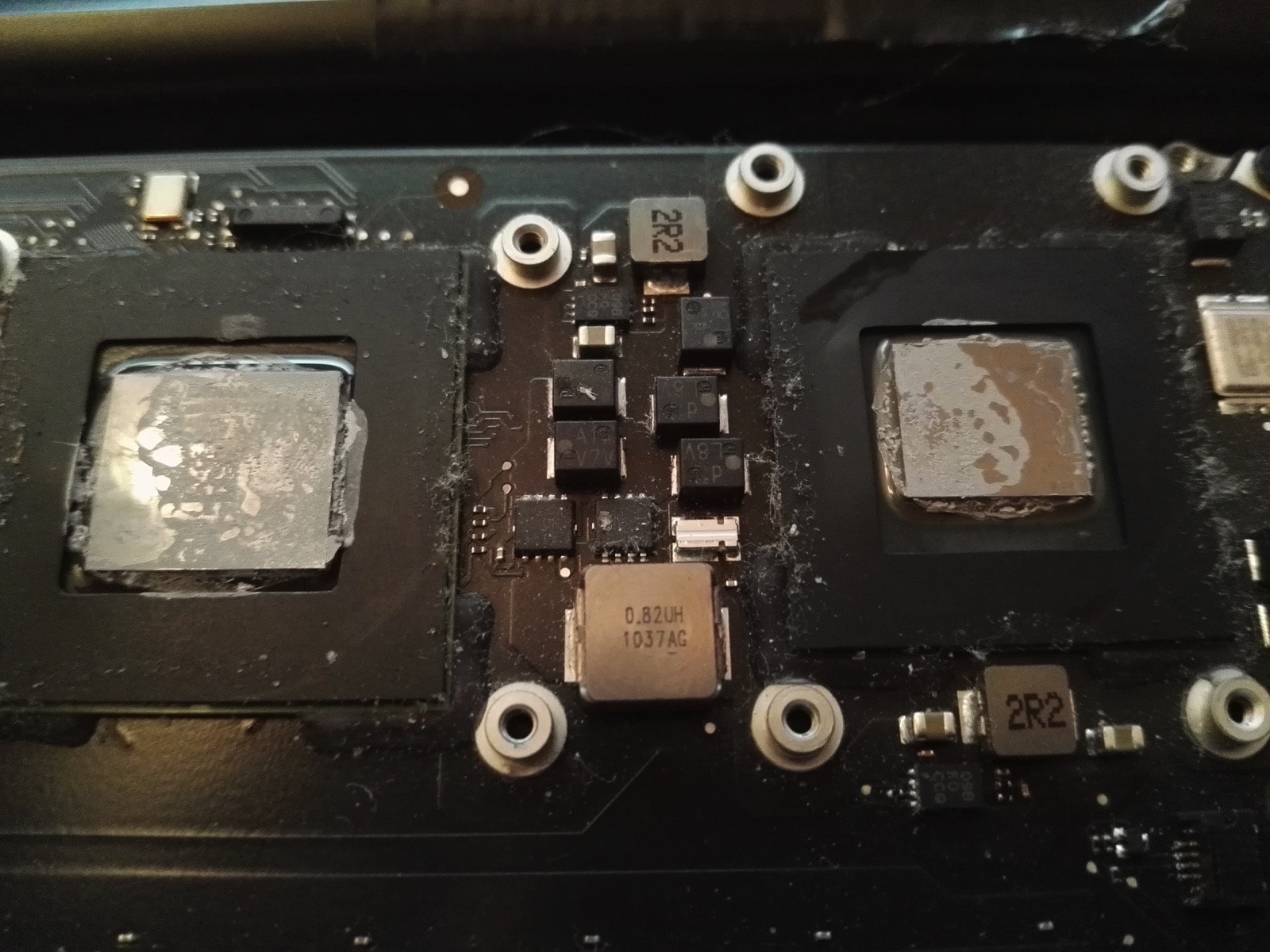 Here’s the heat sinks from a MacBook Pro 2011 i7 Sandy Bridge. Look at that dried out heat paste. Sadly I don’t have pictures of the fans. 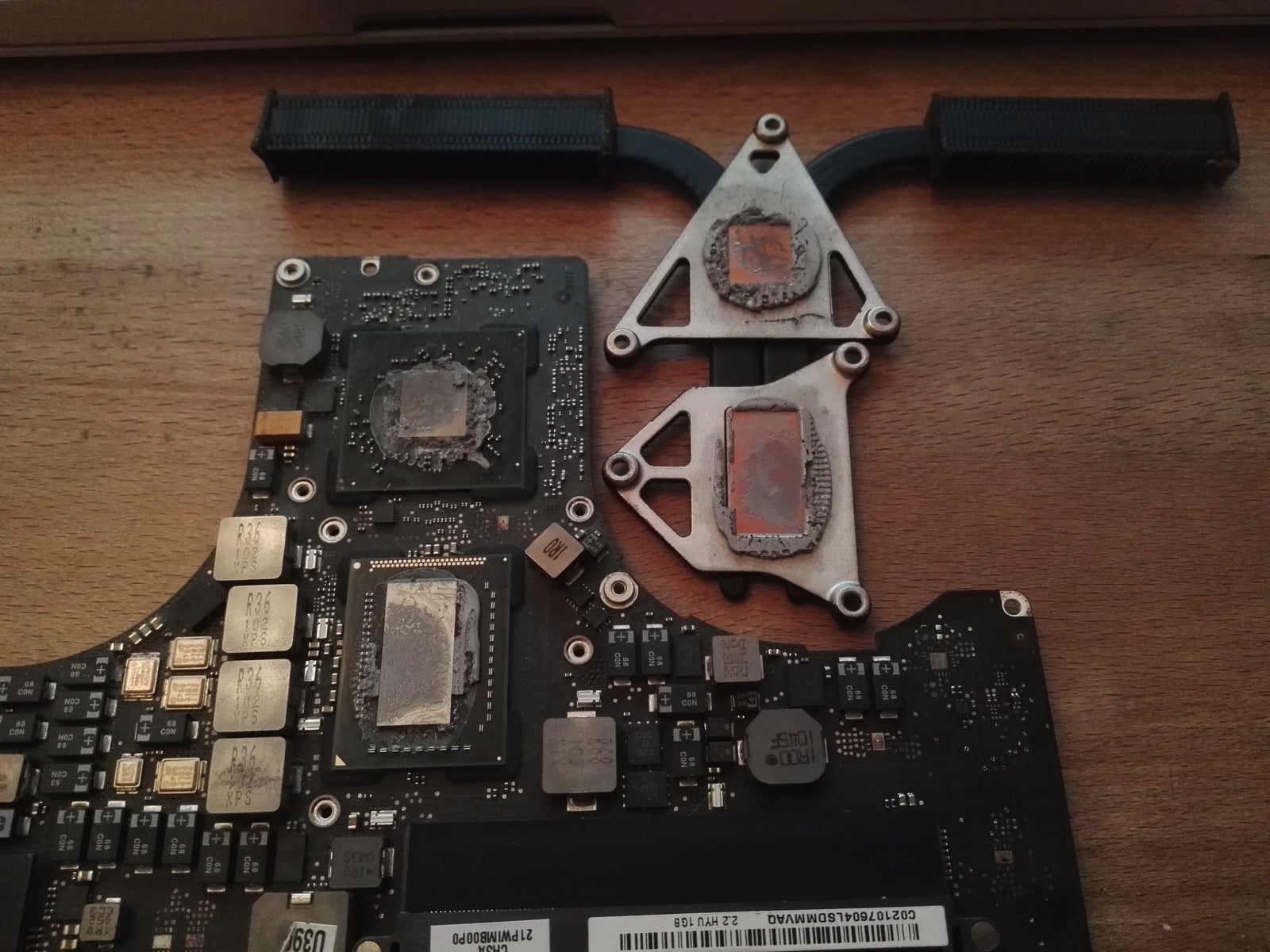 Moral of the story: it would be great if people at discussions.apple.com could try to answer questions more empirically. Google, if you’re listening, MacRumors should rank above Apple’s own forums for intelligent Mac troubleshooting. It would get Apple users better answers faster.

I gave in and called Apple support, and got through within 2 minutes. Extremely courteous technician. Sadly, I was told “You’re the first [new] MacPro call I’ve received!” He went on to say the machines were very stable, hence no calls….After an hour or so of discussing, troubleshooting, and being placed on hold, I was transferred to a Senior Technician.

The last thing you want to do is to have to spend half a day on the telephone with Apple to (usually) walk away without a useful answer. Calling Apple is for 1. very simple questions while under Apple Care 2. for warranty requests when you’ve exhausted other troubleshooting opportunities.