Our favorite help desk providers Freshdesk (albeit we only use Freshdesk for transparent email support, as we have our own bbPress based forums and never want a corporate feel to our communications or our support) have just added phone support to their helpdesk. Here’s our experience setting up Foliovision with Freshfone. 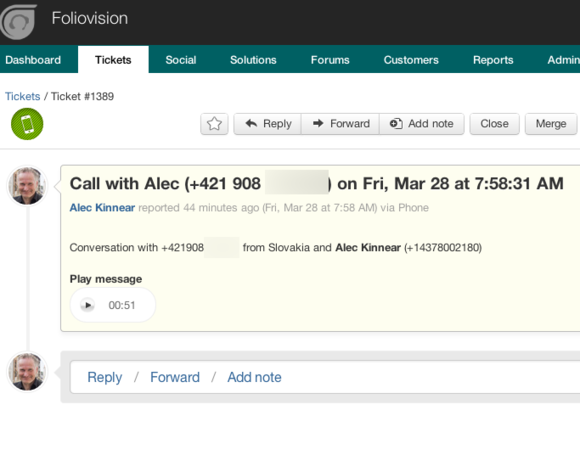 We’ve been wanting to get away from Skype for a few reasons:

We’ve been looking around at SIP solutions but the best I could find is OnSip which is great value at $9/month for a fairly complete account but you need a minimum of five of them. I’m not really interested in adding another $50/month of overhead right now for telephone services which we use only a minimum (as an aside, Foliovision experience is that clients who want to talk on the telephone are the least organised and least willing to pay for your time and expertise). On top of that it would be impossible to include more people without expanding the account. When many people need only a few calls per month this is a nuisance.

If Freshdesk can improve Freshfone call quality and add an option for telephone agents, Freshfone could be a game changer.

Suggested workaround for the registered agents issue in the meantime:

This is not ideal. There really should be an option for telephone agents at no cost. Freshdesk is already making money on the SIP (fairly good money it looks like) and there’s no reason to tie the phone service to the help desk.

This is fantastic. You just pick your number, agree to pay for it and you have a working telephone taking voice messages. The way Freshdesk manage to set you up immediately is by including intelligent defaults out of the box along with a computer generated voice. The voice is not the best but is a touch better than the Apple voices of the early 2000’s. Better than nothing and you can upload well recorded greetings later once you’ve got the system working properly. Much, much better than fighting for forty minutes to get recordings to even test the system. Better than automated single fit solutions: you can add your company name and detailed instructions so people do at least know who they called. 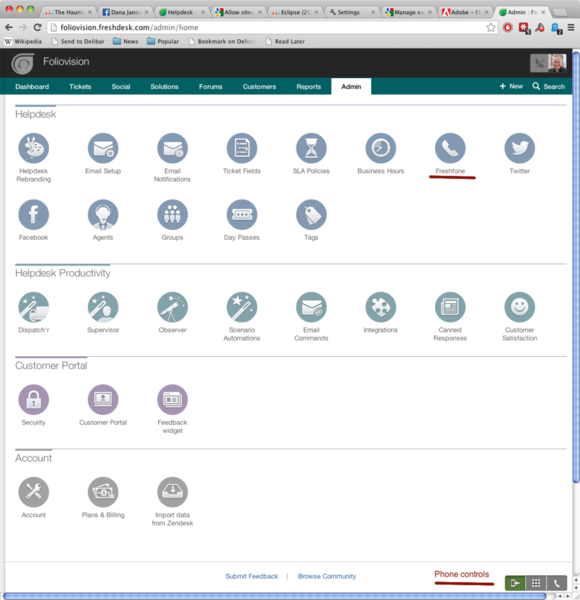 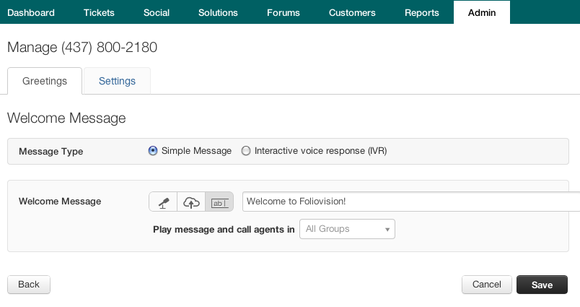 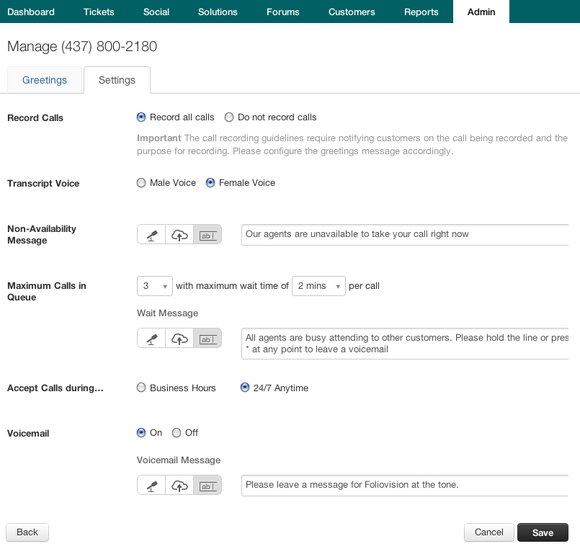 Whoever thinks Indians don’t understand UX now is in for a rude surprise. Indians have caught up. Like the Japanese did with cameras in the sixties, the Indians are moving ahead with better software solutions at better prices. It doesn’t do any good to complain about copy catting. There is little real innovation in this world, only better execution.

Anyway congratulations to Freshdesk on making Freshfone so easy to set up straight out of the box. We’ll post any updates about call quality experience and/or a permanent solution to the agents issue. We’d love to hear your feedback on call quality and/or ways to get more out of Freshfone.

We’d like to see Freshfone become a full phone replacement system and be able to use it for all our voice communication.

Having used Freshfone quite a bit in the last two weeks as Skype call quality has deteriorated still further to North America, most of the time it is really good. I’ve had success with Canada, France and the United States. Many of the Freshfone calls were actually better than landlines, like being their live. This was in back to back comparisons of struggling Skype (where my interlocutors would prefer not to speak at all than deal with the poor Skype call quality).

Where Freshfone has struggled has been to support lines to major Canadian banks for instance who are outsourcing their calls via VOIP to India. This is fairly ironic as Freshdesk is an Indian company themselves. What appears to happen is that the two VOIP lines just extend too far (there’s no smart routing, it all goes through an ISP in Montreal) across the Atlantic and back across Africa to India.

Give Freshfone a try for free and let me know about call quality.