If something has the power to inspire you for the upcoming year, it’s Félicité – a short story about being humble, brave, in about how to preserve being in touch with ourselves and nature. Félicité –felicity (n.f.) means intense happiness, inner contentment, joy, bliss. These are fundamental for the short extreme skiing narrative story from the heart of Mont Blanc by director and founder of Ivresse Films, Antoine Frioux.

Previously trained as a fitter-rigger, Frioux had been familiar with facing challenging working conditions and has quickly specialized in shooting in extreme environments. Covering anything from advertisements and corporate films to short movies, documentaries, and event coverage, he happened to become the co-manager of the PVS Company for the next 10 years, specializing in shooting extreme sports. In 2017, Antoine Frioux created Ivresse Films through which he creatively directs, produces, and reinvents the way of capturing the:

the intoxication of human desires, achieving to gain more and more height in his ultimate goal – honoring a passion.

In Félicité, Frioux follows the skier Pierre Hourticq, accompanied by his friends Jérémie Heitz and Victor De Le Rue, looking together for a method of how to climb safely to the peak of Chamonix, and to enjoy the bliss of a free ride down one of the most extreme slopes of the Mont-Blanc massif. This quest wasn’t an easy one, but Antoine Frioux together with three cinematographers Yannick Boissenot, Fred Rousseau, Maxime Aubry, and Arthus Kaufeissen shot a touching and adventurous 12-minute footage rewarded with an adrenaline rush.

During the movie, you encounter two key moments that make it an amazing piece. First is the soft and hypnotizing first-person narrator impersonating the at-times frightening, but majestically beautiful nature. The mountain puts into words the complex relationship that unites it with humans:

Fighting against its vices, listening and respecting: the state of grace is under conditions, she warns. As a divinity, the mountain reveals here its attractive ambivalence. That of a goddess, whom only human faults have to fear, and the best of men to cherish. Beneath the sharp needles of Chamonix, between rock, snow, and ice, Félicité delivers a concentrate of the emotional and personal richness offered by the mountain to extreme skiers.

Another great filmmaking move was abandoning solely drone views, and sharing a lot of raw moments captured from a subjective perspective of a tiny human body standing on the top of vast, ice-covered rocks, completely relying on perfect teamwork and correct decisions which can become matter of life and death just within a few seconds. The images are so intriguing that they often trigger nervous shimmering in the viewer. Shot in dizzying heights, watching the movie can induce the feeling of sharing the sky-high altitudes on the mountain peak with the skiers. 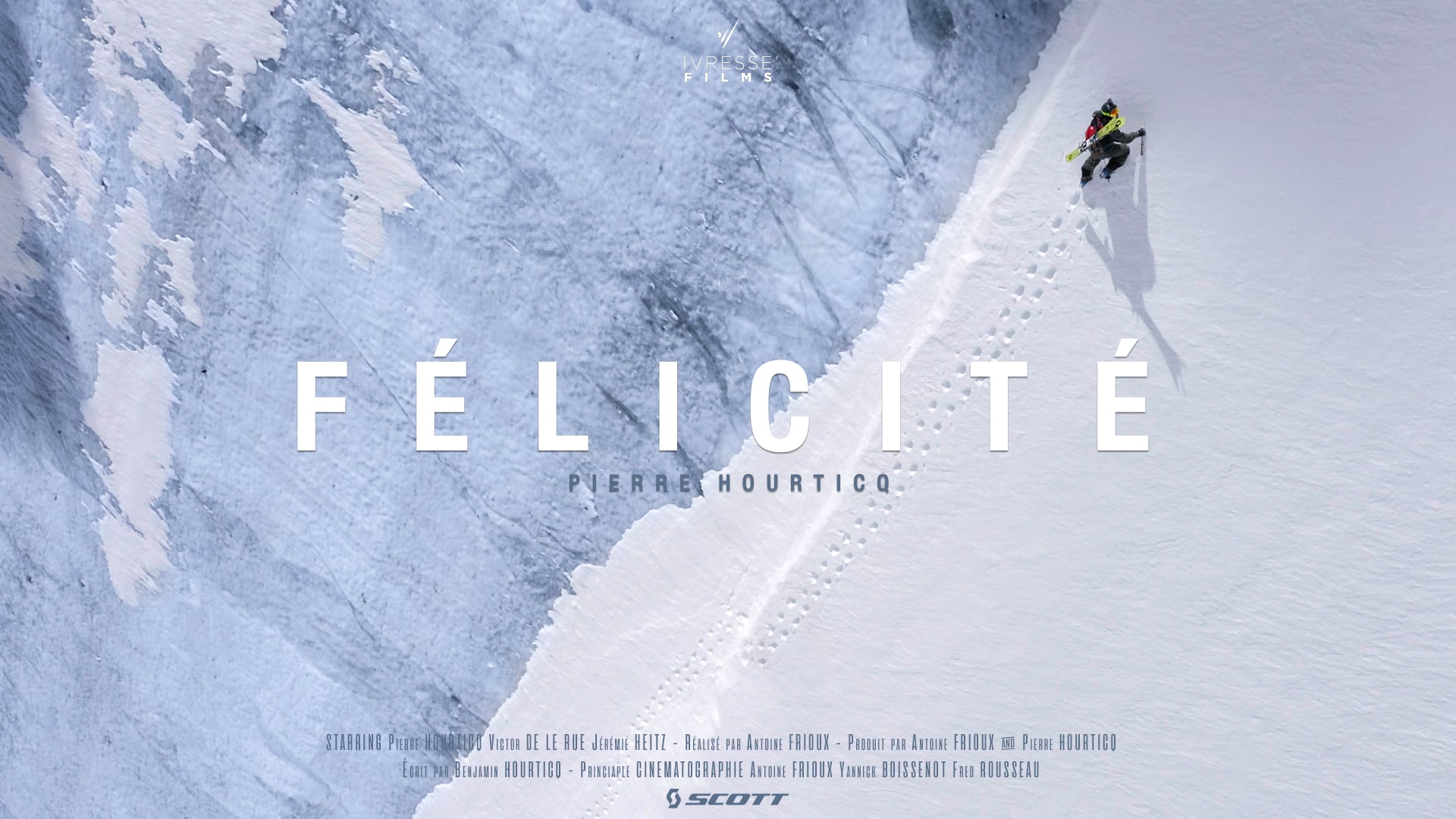