During the quarantine and with the approaching summer, the healing power of nature and gardening became a great tool for our relief. What could be possibly better than visiting one of Europe’s most beautiful gardens with Spanish director Albert Moya?

Most of our recent days consisted of home-office work, daily chores, and for some of you, even of splitting attention between the work and taking care of school-free children. It is no wonder that at the same time, gardening increased in its popularity, serving as a tool of retreat from the overwhelming reality and stress. Whether it is a house garden or a balcony shelf – connecting to our natural roots has the power to become a source of well-being and inner balance. Now that the weather is great, many gardens opened its doors for visitors and there is simply no excuse for not visiting a lush oasis.

In the inspirational short movie series Great Gardens by Nowness, filmmakers take us to visit some of the most beautiful gardens in the world. The green places unfolding right in front of your eyes, often belong to extraordinary people or artists, who are also briefly portrayed in their creative habitat.

Director Albert Moya visited the Cotubín garden, located in Cantabria province in Northern Spain. This region is also known as ‘Green Spain,’ due to the lush climate formed by Atlantic winds trapped by the mountains. The four-acre land in the village Esles belongs to the landscape architect Luis González-Camino whose ancestors took care of the soil for generations. The garden was created by Luis’ great grandfather, then further developed by his grandfather and father and is now shared between three brothers of nine siblings. Moya was taken away by the nobility of the green heritage around him:

I was drawn to the specific dark green imbued with an air of post-aristocratic decadence. You can immediately sense the many generations that have shaped this place.

In the movie, you’ll see Camino wandering around the large garden, thoughtfully observing and taking care of the plants and other elements of the garden. You may wonder how he came to what he’s been doing Luis Gonzales-Camino unveils how did his landscape architect story begin:

It all started as a game. On our trips, my father played with my younger sister and me to see who could name the trees we saw from our car. Both of us ended up becoming landscape architects. If you look attentively, as our father taught us to, you start discovering the beauty, first of the trees, then of other things in the countryside, and you finally come to love and even being moved by the landscape, from an imposing mountain to a small flower in a ditch. Esles is a small village where we used to spend our lengthy Summer holidays. All the family together, nine brothers and sisters, our parents, and an uncle who was a priest, together with the village folk made up a world which, for me, was complete and to be enjoyed in total freedom. A paradise, and one full of sensations. The scents: eucalyptus, the hay in the straw loft, cow manure…even that of the damp mattresses and wardrobes. The colours: the intense greens of the meadows, the darker tones of the trees and forests, the greys of the dry-stone walls, the blue of the sky, the purple of the distant mountains. And the sounds: the sharpening and peening of the scythe, the trot of the mare drawing its cart, the crowing of the rooster, the singing of the birds, many birds, the chirping of the crickets…And at night! The tawny and the barn owls, the cicadas and, most evocative, the toads: a concert, or rather a contest of almost identical notes like very short whistles. And our garden, Cotubín, where our father went on teaching us, full of huge trees where we spent hours perched, even playing cards on the top of the biggest one, an enormous Monterrey cypress.

Camino’s landscape design practice started in 1975. Ever since, he has worked with his studio to create or improve many kinds of open space: parks, private and public gardens, thoroughfares, heritage surroundings, wineries, military compounds, factories, corporate buildings’ gardens, malls, and urban areas. The Cotubín garden, in charge of which Camino has been since he was eighteen, serves him as a playground for experimenting with new kinds of plants, materials, and techniques.

Take a look at Cotubín with your own eyes and find inspiration in this serene and noble place: 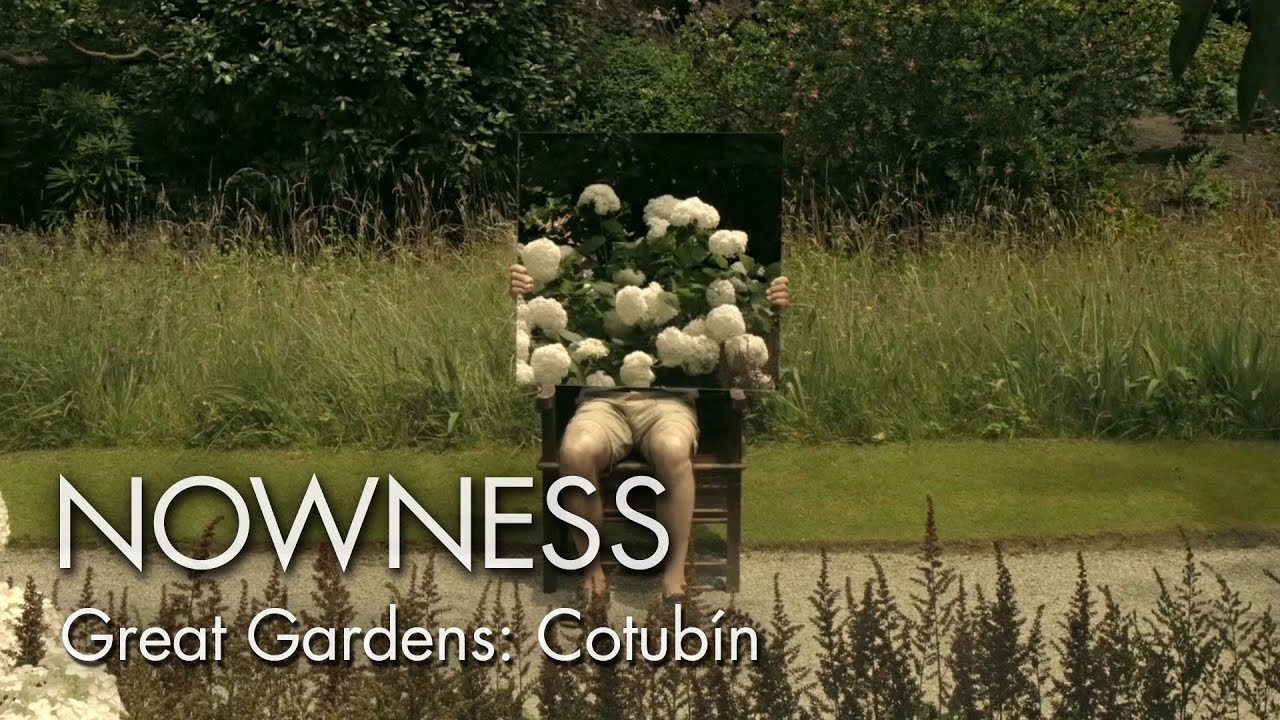