The Great Escape is categorised as “fashion” and “narrative” on Vimeo, but it is way behind those labels: this subtle film is somewhere between dream and reality.

What makes Benjamin’s work unique and so refreshing is his naturalistic approach to storytelling and his filming process: he prefers using only daylight, saying, that those parts that are dark in reality should remain dark on the screen, too. His process includes moving the subjects in the direction of light and always choosing the right equipment as “the right lenses can make or break a project”.

The short was filmed in Iceland so one can really enjoy a Scandinavian feel in combination with stunning nature – all those waterfalls, fields, black beaches, valleys – and a charismatic young woman that appears at all these places. She is Ana Kraš, an artist, furniture designer, photographer, illustrator and fashion muse born in Belgrade but currently living in New York. Ana is not only the actress in this film, she is also a person known for her day-dreamy aesthetic throughout her work, and someone who can truly appreciate the rawness of the filming location:

The nature in Iceland is so big that it is almost scary. It’s beautiful, dramatic, and shocking.

The film is like a fragment, a story that might not seem completed; a story that lets the viewer ask questions, but on the other hand, isn’t confusing: there is a clear storyline. This is another reason why Loeb loves film: it lets other people create their own versions of the artist’s narrative within the one the author created. He revealed more about his creative process and his goal as a storyteller in an interview for Welum:

I think you leave the things in some sense of mystery or leave it up to the imagination of filling the blanks. What you leave out of your frame is just as important as what you put in, depending on what the space is. Letting actors move into the frame or out of the frame leaving it empty – I think those things are powerful tools you as a cinematographer, a filmmaker or a storyteller can use.

The narrative tells a story of a woman who follows her nighttime visions of the wilderness and ultimate freedom and wakes up with the determination to make those dreams her reality. She decides to pursue adventure and live for the ‘here’ and ‘now’, experiencing the moments with all her senses – and this is where Icelandic nature plays its role.

Everything is very striking about this land of “ice and fire”: the colours, the contrasts, the space and the air. One can almost feel the whistling wind in Loeb’s short, and see how small we humans are in this setting. It’s no wonder that Iceland’s nature inspires photographers and filmmakers around the world like Henry Jun Wah Lee or Vadim Sherbakov, just to mention the ones we featured in the previous editions of our Video of the Week.

The Great Escape was directed by Duncan Winecoff and produced for Conde Nast Traveler with Tumi, a manufacturer of suitcases. You will enjoy not only beautifully coloured crisp shots combined with dramatic music and a charismatic main character, but probably also feel the call of wanderlust in this still carefully composed short which looks at something that doesn’t necessarily have a beginning or end. Benjamin’s perhaps biggest aim is to work with his filmed material in a way in which each image that’s shot has to fit into something of a bigger picture:

That’s why I like film in general, I think there is a bigger challenge there to know how to construct something with meaning and purpose, and knowing what serves the story over anything else.

Did he succeed this time? Watch the video to find out! 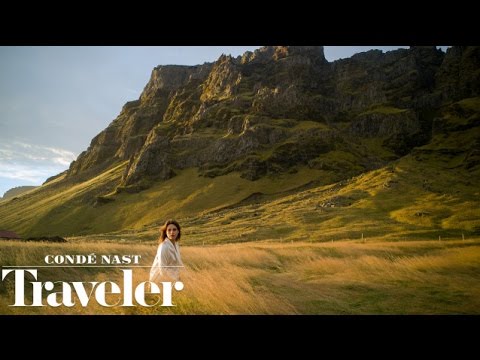 Portrait of a Dancer: Steven McRae