The new version has been available as beta for licensed users for a while. Then it was introduced to all the new users installing FV Player – both free and licensed.

Now are are happy to announce that FV Player 7 is the new stable version! 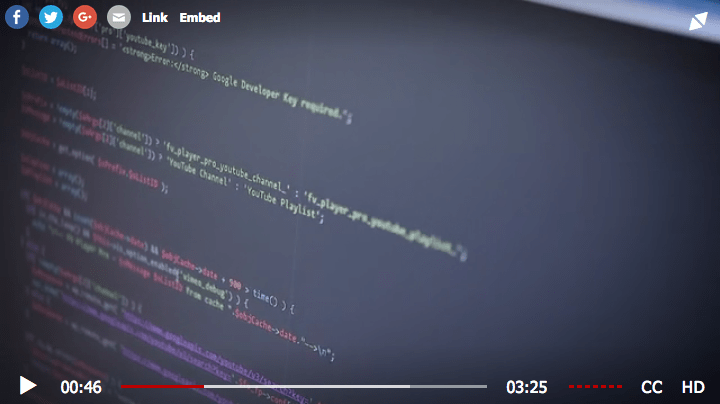 The version number is 7.1.14.727. We don’t like such long version numbers, but this allows us to give you a fair amount of information in one place:

More information about these changes can be found in the original FV Player 7 Beta announcement:

The old version stays as it is and we won’t be fixing it apart from some urgent security fixes. You can still get it on FV Player WordPress.org page in the “Previous Versions” section. Licensed users can still download it from their foliovision.com My Licenses screen – including the matching FV Player Pro version.

We also provide a rollback function, so if you are having some horrible issues with FV Player 7, you can go back to FV Player 6 easily and then let us know about the issues you were having in support forums.

We fixed the CloudFront links for our AWS S3 browser – which will allow you to pick videos from your S3 buckets withing FV Player interface. So that will be released as the next feature. Support for picking videos from Vimeo will come right after that.

There were some issues with the way the playlists works in iframe embeds, so we worked on that too.

We are finishing up the new player storage in database which will unlock many new amazing features, such as video transcripts in playlist, FV Player manager interface and timeline actions – any popup at any time in any video.