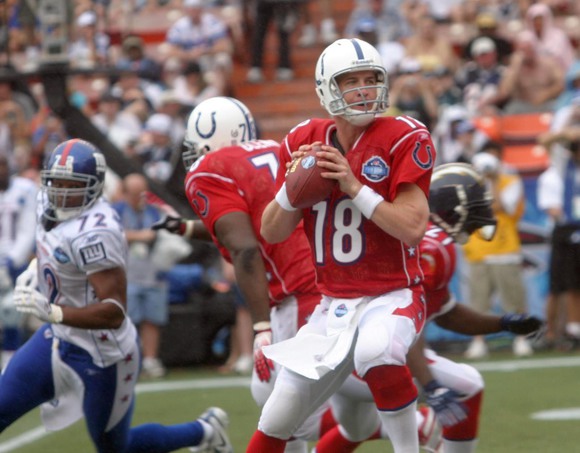 Peyton Manning dropping back to pass

Our client and small business marketing expert Jeff Korhan published a timely post this week (surfing on current events) comparing internet marketing and the Super Bowl. But unlike the opportunity to hit the field for the Super Bowl, Jeff thinks it’s not difficult to get a chance to play on the internet.

in these Internet days anyone can reach a massive audience, and certainly Apple and other giant brands are capable of doing that on their own. This is the opportunity for Apple, eTrade, and mainstream small businesses like yours and mine….What’s interesting is it is actually easier for people than businesses to build an audience today, at least for small businesses. This says something about the future of brands

Jeff’s a very clever guy and has written some great articles on social media recently but this time around, I’m afraid I can’t agree with Jeff. The internet as a business builder remains largely about search.* And search is about Google. Over the last eighteen months, Google has slowly been turning off access to search for the little guy. Small businesses are being penalised left, right and centre for nominal violations of link building rules. Large businesses sometimes take a penalty but they have the budget and the resources to fight back. On top of that Google lets big brands like BMW or WordPress out of the penalty box a lot more quickly than hoi-poloi.

What Jeff seems to be talking about is content marketing.

Is search much easier than to break into Hollywood? Yes. In Hollywood, you have to be good-looking, have some talent, charming AND well-connected. On the internet, you don’t have to be well-connected out of the gate to have a shot. But like in Hollywood, just a pretty face won’t usually do it. How many talented small business owners have the time or mentality to write first rate books (as that is what good internet marketing is) about their own business.

“Lots!” would say the marketers (Jeff included). I disagree. It’s about  five or ten percent of people who are talented enough to do their own writing at a sufficiently high level to make it. So what about the other ninety percent?

The danger here is that we are telling these small business owners to chase their own tail.

Expecting small business owners to write at Super Bowl level is asking a lot of people. Really great service and word of mouth goes a long way. Great service and just staying touch might be enough.

Internet or marketing gurus like Jeff or even myself, we’re like Oz, behind our curtains telling small business owners they too should be wizards. 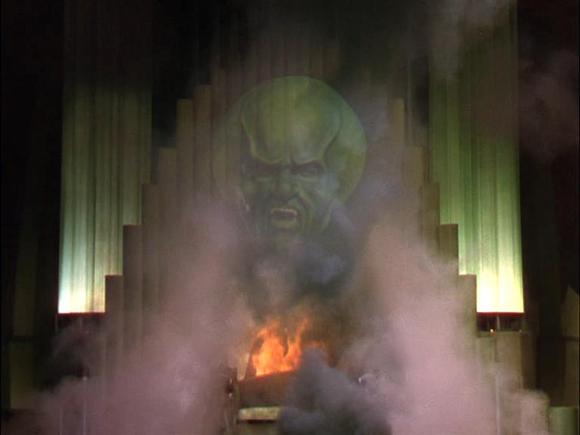 Wizard of Oz the Magnificent

Large businesses have the scale to manage this kind of ongoing propaganda and the resources to handle the incoming business if their online marketing really succeeds. Small businesses on the other hand are unlikely to succeed at getting their message out and if they do are likely to collapse under the excessive demand. It appears we are pointing people in the wrong direction.

Having helped lots of small businesses make it through the low millions threshold, it’s a lot of time and pain invested. There were opportunities for early adopters/first moves but now that we’ve been through four or five content waves, the SERPS are pretty full right now of good content by established players,

The breakthrough threshold is very high.

Good service and word of mouth will probably at this point take you farther than chasing one’s tail on content marketing with the help of silver tongued marketing experts. 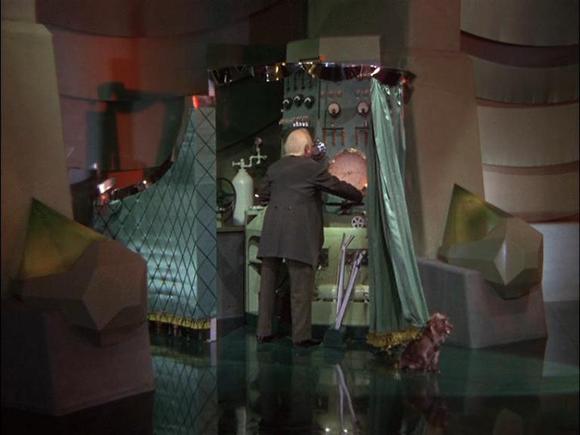 Pay no attention to the man behind the curtain

Other than that we are still sending newsletters and keeping in touch. That has little to do with the internet itself, email and online CRM are just another tool in the communications box. Snail mail is already outperforming email again in many markets.

Opportunities come and go. Content marketing might have left the barn now. Just as it’s not fair to say that no one can make it in Hollywood, some people will make it. More will die on the trail though.

There are so few businesses operating on that basis that you are almost certain to succeed.

If you are going to go out on the playing field, expect to train long and hard and spend years of your life working towards a breakthrough. 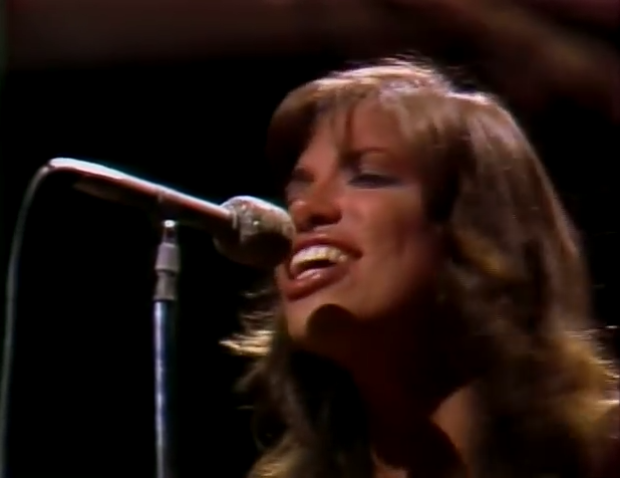 But Simon didn’t break through until age twenty six, spending several years as a secretary and a PA. With all her connections and beauty, even Simon had to become the mistress of one of her married older employers in exchange for the opportunity to record an early demo.

When Simon did breath through, it was like the sun breaking through clouds and she had the world at her feet: Kris Kristofferson, Cat Stevens, Warren Beatty, James Taylor, Mick Jagger are just some of her early suitors. But it was not an overnight success. She’d been working at learning her craft and making connections for five years. More recently, Lana del Rey (aka Lizzy Grant aka May Jailer in other incarnations) followed a similarly long trajectory to a overnight success on a “debut album” at twenty five. The previous three albums were swept under the carpet as were her five years toiling in social work for five years to make ends meet.

That’s what internet marketing is like these days. Three to five years in the trenches. Not strutting out for the opening play at the Super Bowl. Even seemingly effortless champions playing in the Super Bowl work awfully hard to get there.