Though Jack Welch is one mean and selfish man, Winning is a challenging and rewarding testament to Neutron Jack’s way of doing business. Welch’s philosophy of promoting the top 20% and firing the bottom 10% in a large company is unbelievably Darwinian, even cruel. Welch even runs his personal life the same way – at sixty years of age he writes about co-author and third Suzy "having taught me the meaning of love". Frankly, Welch has grown up children – it’s a bit late to be discovering love. Rediscovering would have been far more tactful.

But let’s leave the man behind and return to Welch’s Spartan philosophy of leaving the crippled employees on the mountaintop to perish in the night. 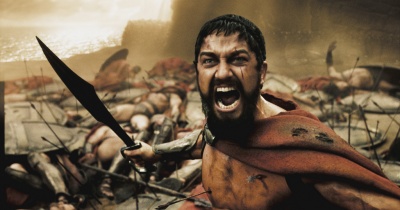 When you read his book, however, you can see how this would work in a company which hires just extremely competitive types. Such people enjoy seeing others thrown down the well. It’s a bit of the mob waiting for the witch to be drowned. Welch is appealing to primal nature here, the law of the jungle. The hunter who cannot run fast enough is culled from the tribe and the tribe is stronger as the weakest members can neither survive nor reproduce.

Who sets the standard for elimination? In this case, Jack Welch. Where does one stop though? Perhaps the bottom 75% should be culled. And indeed so it happens in major law firms in Canada. Of the articling students only a small percentage – the most brilliant and particularly those willing to work sixteen hour days at full speed – are retained and made partners. The rest must vanish into government legal jobs or small private practice.

Welch argues that his particular standards are extremely indulgent, even merciful.

Sometimes grades sting, but kids somehow always live through it. And grades have a away of making everything pretty clear. Some people graduate and go on to be astronauts or research scientists or college professors, others become marketing managers or advertising executives, and still otherse become nurses, chefs, or even professional surfers. Grades, in fact, guide us, telling us something about ourselves that we need to know.

So why should we stop getting grades at age twenty-one? To prevent meanness? Please!

His arguments in favour are quite persuasive. Welch’s position is if people are in the bottom ten percent, they are in the wrong job. There must be somewhere better on this earth for them to work and fulfill themselves. The underlying argument is that if they are innatel low performance there is no place for them in one of Welch’s companies. On that I have to agree with them. Even a single underperformer can take a whole company way down.

This year at Foliovision we let go of one chronic underperformer and the whole company’s performance leaped across the board. Just the presence of someone not fully engaged in his or her work is a huge distraction in a tightknit company.

Modern society has places for the take it easy, have another spliff crowd. Places at the post office are mostly filled right now, but there is still retail and front line security guard work. Unsurprisingly women do not line up to date or marry these men, thereby pushing the reproductive selection process to ambition and intellect. Or in the case of basketball players, drive and physical gifts.

If very attractive, the women have better reproductive chances but even then any successful man will get tired of their empty chatter and their absence of ambitions by the second week. There’s nothing wrong with a temporary stay in retail. Many people who move to the big city from a smaller town need this stint to get used to acclimatize themselves to the different atmosphere. It is only when chronic that it becomes an issue. Hard working artists who do a day job to pay for their materials and rent are also excluded.

So far, so good. The elite performers are pushed and rewarded, and everyone takes vacations according to their merits and all is well with the world.

Work-life balance concerns are actually a luxury – "enjoyed" largely by people who are able to trade time for money, and vice versa. You can bet your bottom dollar that the Korean grocer who just opened his shop in New York doesn’t worry about whether he has time to get to the gym, just as you can be absolutely certain that 99 percent of the entrepreneurs in China’s huge emerging competitive workforce don’t wring their hands about working late every night.

So in Welch’s world, there is no other route to success than twelve to sixteen hour days six days a week. Anything else will just not be enough.

The sad part is that Welch is probably right and we will have to drive ourselves even harder in Foliovision if we are to achieve our objectives for ourselves and our clients.

If you would like to be happy, read fewer business books. On the other hand for healthy, wealthy and wise, Winning should be on your reading list.