The alternative to slower organic growth of course is the quick fix of funding, VC funding with massive expansion until acquisition by a big player (big: YouTube by Google, small: Delicious into Yahoo) or public offering (Google itself).

Our luminary colleague in SEO, Rand Fishkin recently started a personal weblog with a more intimate take on events in his life, than his persistent and ever cheery company posts over at SEOmoz.org. Great idea. It’s wonderful to see Rand’s deeper reflections and concerns, ideas which go beyond the latest change in Google algorithm’s and the bright future of SEO. 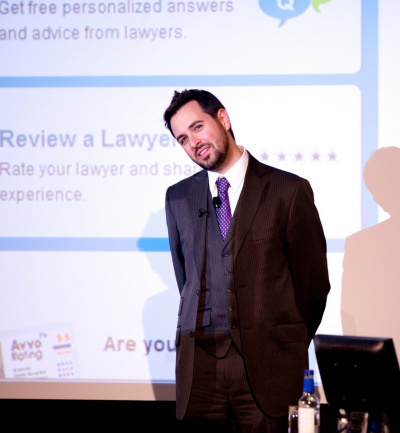 Apparently as recently as summer 2009, Rand wasted 3 months of his life and SEOmoz’s time doing fruitless rounds of musical chairs with VC’s. The valuation they shopped was too high. No luck.

In the end, they just had to stop the meetings and just build a profitable company and finish/render commercial a selection of their grandiose projects for conquering the SEO universe (does SEO exist beyond this world of men or is it an unfathomable and nonsensical conceit of a few decades around the turn of the second millenium). Probably the best thing to ever happen to SEOmoz.

Not getting the money was a blessing in disguise. Rand has learned to run a profitable larger company instead. That’s a much better business and human skill than firecracker VC deals which in the end implode a company.

My pledge to myself is that I would always run my company for the staff and for the clients (in that order). I figure that if the staff are very happy and able to work well and stay, the clients will be very happy too. Of course it’s somewhat more complex than that simple rule, but it’s a good starting point.

Trying to run a company for the VC’s instead sounds like a diabolical prospect. In the first year of Foliovision, one of my staff actually gave me Wayne McVicker’s book Starting Something: An Entrepreneur’s Tale of Corporate Culture a cautionary tale if there ever was one. After three years of health destroying work and cares (in the medical equipment business, ironically) and $3 billion dollar IPO, Neoforma founder Wayne McVicker’s ends up with a used Volvo and some debt to his stepfather. Highly recommend it.

37signals rise is a counter balance to that experience. The partners have built a business which can afford it’s own multi-million dollar office with very expensive renovations. It wouldn’t surprise me if they were able to pay for that office with cash. And their 37signals SAAS office suite business keeps growing.

How on earth can one ever make a better world with VC’s on one’s back? And if we’re not making a better world, what is it then that we are doing with our lives?