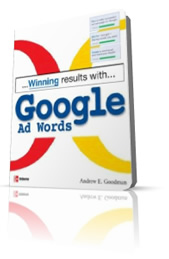 In August one of my clients had a horrible surprise (well we both did) where PPC costs skyrocketed – almost tripling for one week, with only about a 25% improvement in leads.

I got on it right away and called Google. The Google AdWords representative told me that thanks to our great quality score we’d qualified for “expanded broad match”. Although Google says that they are against get rich quick schemes and fake sweepstakes in AdWords, this move is straight out of that shady playbook.

Sure, we’d “qualified”. Qualified to pay three times as much for just a fraction more business.

As you can see it takes six phrase matches to cover a single three word broad match. With longer phrases, there are clearly phrases which are more likely than others so it’s not all that intimidating.

A bit of a pain in the neck, but eminently doable (Splutweb’s keyword permutation tool (broken link – http://www.splutweb.com/Tools/PermutationTool.asp) is free and speeds the process).

If you want to make money with AdWords, just don’t use broad match.

Anything other kind of match and you are taking money out of your children’s education fund and subsidising Google’s purchase of YouTube.

Here’s what Andrew Goodman had to say:

it probably shouldn’t be incumbent on you to be trying to disable Google matching features through obscure unpublished methods. Until Google comes clean and decides whether they are or are not going to document their “behaviorally-driven experiments,” (along with a proper “opt out” capability), the only thing to do is to sit tight, and again, focus on better bidding strategy, and caution with matching options.

Bottom-line-wise, Google felt this experiment was material enough to disclose it in their recent quarterly earnings call. It might have been nice, though, if they’d spoken with more advertisers about it. We were the guinea pigs….There’s a difference between helping little old ladies across the street, and installing a catapult that throws all passersby across the street so we can get there “better”. And then charges you on your card for the service.

I couldn’t agree more. We couldn’t get a credit for the $2,000 which went up in smoke that week, on clicks which were next to useless to us.

(If you would like to get access to Andrew’s subscriber members only newsletter directly, invest in Andrew’s Google AdWords Handbook. Andrew manages a lot of top campaigns and sees the impact of Google AdWords changes across a wider range of industries faster than almost anybody out there. Hooking up with Page Zero’s information services will be one of the best PPC investments you will make.