A few years ago at WordCamp Europe, I met Konstantin Kovshenin, who is a brilliant guy and a bit of maverick. We had a long conversation about the merits and lack of merit of Gutenberg, as well as what should be part of WordPress Core. It was considered a political faux pas to even discuss the merits of Gutenberg, particularly publicly. Kovshenin’s colleagues passed by “tut-tutting” and pointedly asking us if we didn’t have something else to do. Now it’s a political faux pas to be Russian and Kovshenin is no longer an Automattician (two years now, not related to the latest round of sanctions, although considering Matt Mullenweg’s political connections to empire1 perhaps Mullenweg knew which way the wind was blowing early.

It turns out that Koveshenin has been working on a couple of very interesting WordPress projects in the last few years. One project is a CLI WordPress server management tool called Sail, which is basically ServerPilot.io on steroids with additional features but limited to DigitalOcean (ServerPilot.io works with Linode as well). Additional features include automated backups, image optimisation and self-monitoring. We have had a good experience with our ServerPilot.io servers for over six years now and have at least a dozen servers set up so we are unlikely to change our server infrastructure now but if we were looking for a WordPress server management tool, Sail would be at the top of our list. 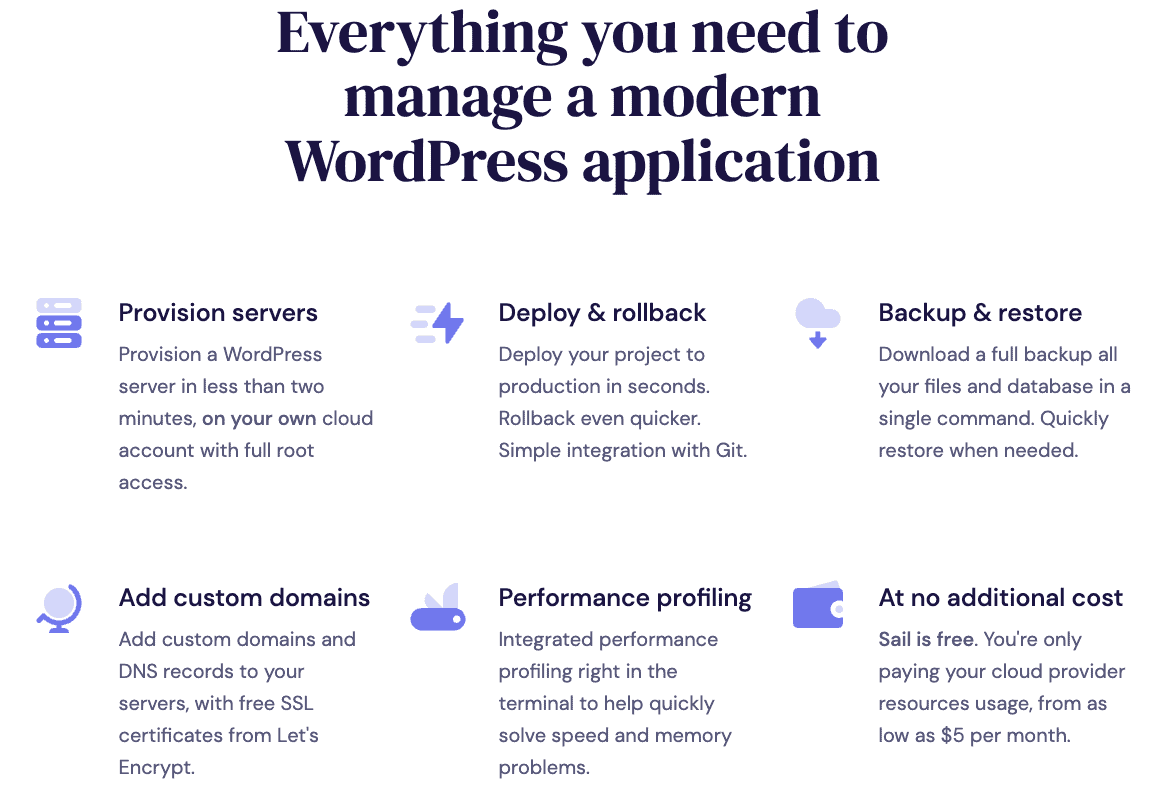 There’s an excellent free version, with a premium version including ten servers at just $49/month. The free Sail version offer more features than our paid ServerPilot plan does.

The other tool which Kovshenin has built recently (released 7 December 2021) is Surge, a zero-configuration, WordPress caching system. We’re longtime users of WP Rocket so we can certainly understand the appeal of zero configuration. 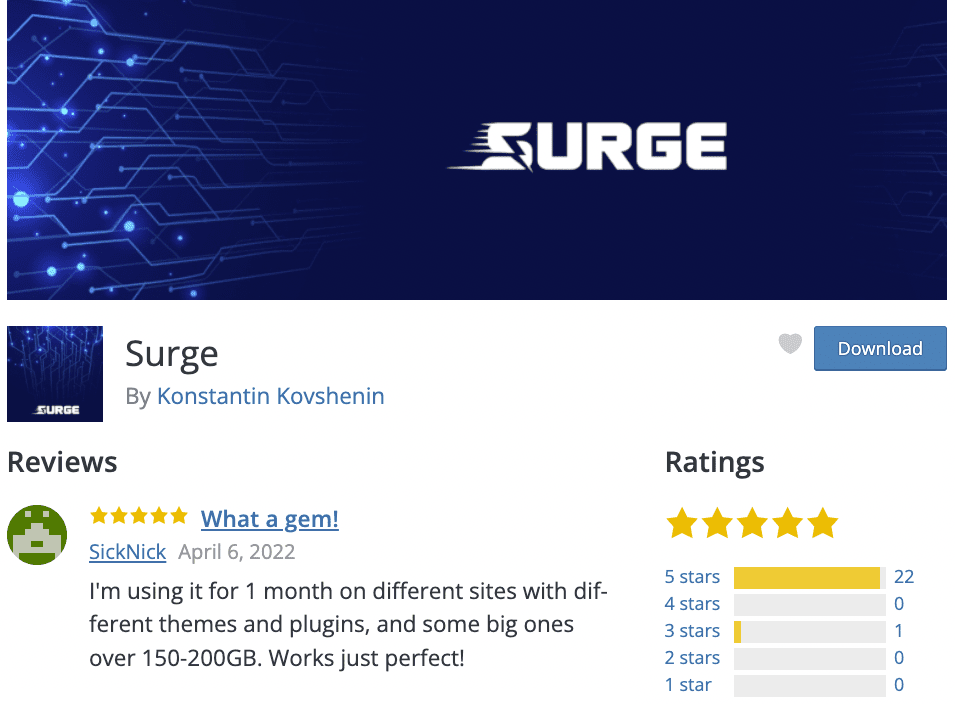 We were drawn into WP Rocket (20% off link) in the day as it offered the ability to cache some elements for logged in users, concenate CSS files automatically (.js too but .js simply does not concenate well) and later cache mobile and desktop separately. We’d been using HyperCache (plugins) and WP Super Cache (plugins).

HyperCache lost us with a breaking upgrade from v2.9 to v3 which required considerable legwork on each site to make it run right. The simplicity of Hypercache was what attracted us to it originally – later versions became hard to work with. But so has WP Rocket, as it’s so complicated. We’re still happy with WP Rocket as the development team has implemented the half-dozen important technical request we’ve made in seven years of use.

Surge promises to take the complexity out of caching with zero configuration, off-loading the heavy lifting to the server via Linux kernel page cache (very fast). It turns out that there are ways to configure Surge for those who need/want to tweak its parameters. Roy Tanck wrote up what Surge settings are available and how to change them via a config file.

Koveshenin has approached configuration exactly right here, with a sensible default configuration which is not easily accessible to end users, but is available to power users.

We host a number of complex and high traffic membership sites so it will be interesting to see how Surge holds up. We’d love to deploy caching as simple and effective as HyperCache 2.9 again. Stay tuned for some serious field testing of Surge.