Benoit is an ordinary 10-year old and an aspiring DJ from Southern France. Touching movie about adolescence and dreams directed by Gabriel Dugué.

Director Gabriel Dugué doesn’t need to travel long distances, haunting an interesting script for his movies. Instead, he finds a source of inspiration in his local environment, around the city of Montpellier in Southern France, where his interest is centered around re-telling the stories of everyday, yet extraordinary people living around the city.

The work turned into a series called Boucan, from which we already featured the story of a one-armed motorcyclist Sebastien who turned his disability and prejudices into a force allowing him to do what he’s passionate about with even stronger motivation.

Gabriel Dugué started the series with his friend Hugo Kerr when both of them coming from the Occitanie region felt like they want to give back to their region by making more noise around its authentic stories:

We wanted to develop a personal project in our home town, on the Mediterranean Coast; capturing raw, aesthetic images of the landscapes, and telling the stories of people there that might contradict societal norms but thrive on passion, living on their terms.

Each episode is telling a story of people that might contradict affluent societal norms but reflect the cultural attachments of the region. The series goes on and this time, the director entered into another private world of a much younger, but equally determined protagonist – Benoit. Benoit is a young boy living with his family in rural South West France. Like every 10-year old, Benoit spends his time with friends cycling, competing, and testing out the limits of a boring, safe small town. Besides going to school and playing with friends, Benoit starts to think about his future and aspires to make it big as a DJ.

In his inner world, Benoit loves to listen to the music and merge it into the tones and rhythms which touch his soul. He translates his passion into mixing in his room which is also a studio filled with colorful LED lights, DJ controllers, and speakers, and dreams. He already played his first successful gig and wants to take the performance from the local dance hall to a big music festival one day. Dugué captured the boy’s simple everyday life and also the big dreams on the verge of adolescence with lightness and joy. That is, wherever Benoit can distribute energy and happiness with music, is his home. 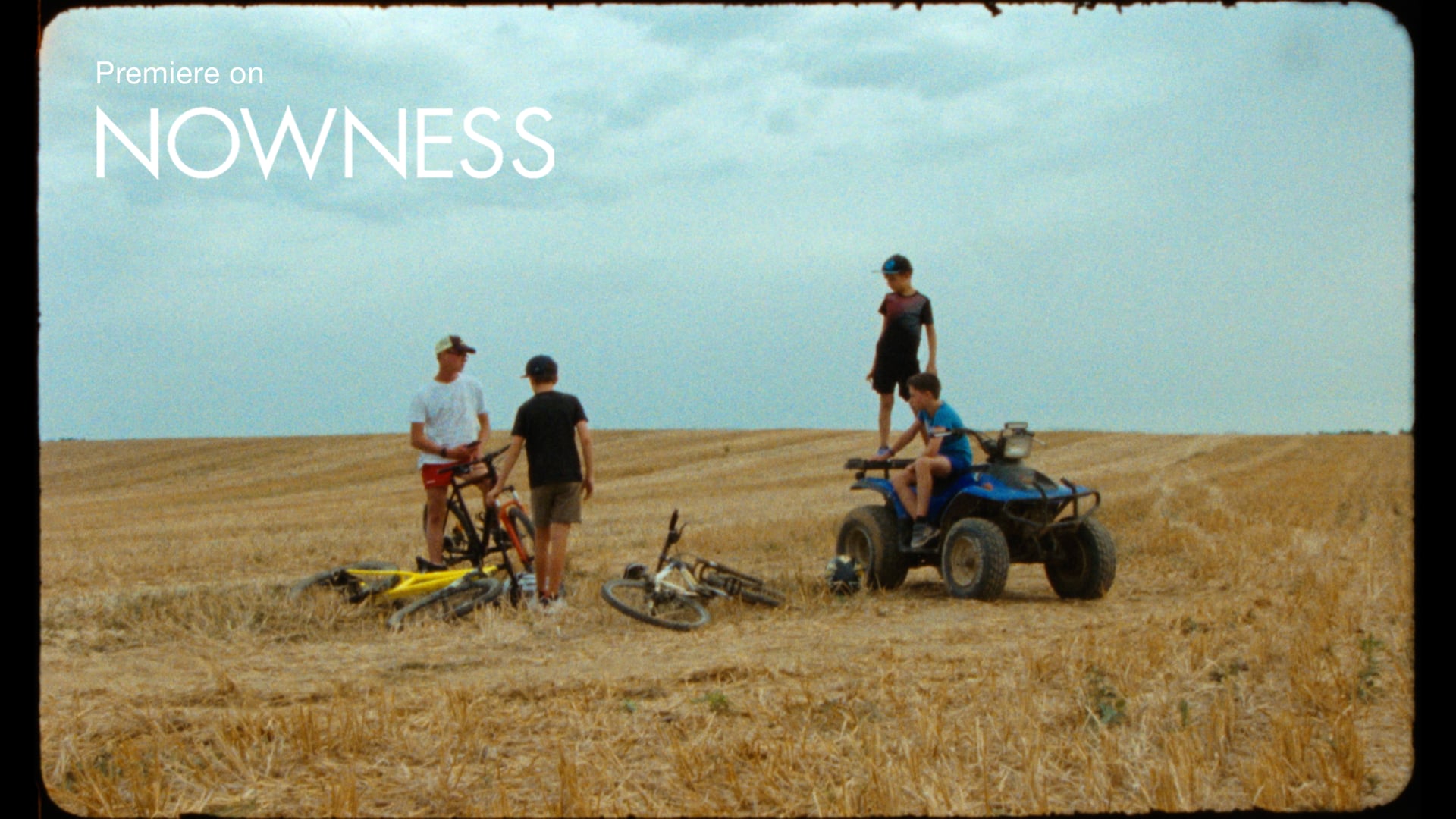 For more of Gabriel’s work, you can follow his Vimeo or Instagram where you can see some of the many shared behind the scenes pictures.