I rather foolishly decided to try to post a quotation driven post on my personal weblog with my iPad Pro. Instead of taking twenty minutes, it took one and a half hours. A total of about thirty minutes was spent writing and looking for images/video. The remaining hour was just time wasted, dealing with extremely awkward posting mechanics.

All of this was so awkward that I decided to give the WordPress iOS application a go. As the post was originally in html, I didn’t get the annoying Gutenberg interface, but just a large text field. The Markdown formatting was not working not in a web browser and certainly not in the WordPress app. In the WordPress iOS app, one can upload a featured image. One cannot easily add an external image inline though which is what I wanted to do for copyright reasons (I’m not sure who owns the copyright for that particular image). One is forced to upload the image to one’s own WordPress media library.

There’s another huge privacy violation built into the WordPress iOS app. Trying to add photos to a post requires giving the app FULL access to one’s camera and one’s photo library. This is ridiculous. I should be able to add photos or videos one by one, only the ones I selected with no need for the app to have unlimited access to my camera, my microphones and my private photos. This sent me back to Safari to change the featured image, rather awkwardly by opening the media uploader again in a background tab.

Drag and drop had no undo in the WordPress app so I had considerable difficulty cleaning up an accidentally broken YouTube URL. Without multi-clipboard and proper undo, complex posts with external references are a nightmare.

Even though we don’t use Gutenberg on Foliovision.com, I’m forced to use paragraph blocks from Gutenberg on Foliovision.com. I don’t like it much but it works better than I expected for simple writing. Not sure at all how it would deal with extensive editing but it’s not the end of the world. What is not possible is copying the whole post unfortunately for security. This is quite a long screed already and I’m very nervous about losing it all on save.

The only way to get new images to show up was to open and close the WordPress iOS app. By doing so, I’ve managed to block access to Foliovision.com from my IP. Fortunately I have a VPN handy so I’ll be able to get back in.That worked happily enough. Well sort of. While Safari automatically logged me back in via cookie, the WordPress app still was not logged in.

To log back in, I had to quit and reopen the iOS WordPress app. A simple Media Library refresh button would save a lot of grief. While I was busy with meta-information, I did find a place to turn off Gutenberg/Block Editor, which is fortunate as the HTML Gutenberg code is pretty awful.

On the upside, the dross is in comments so theoretically one should be able to switch between the classic editor and block editor. Here’s where to turn off the block editor for new posts.

It does seem to me that the iOS app could figure out on its own if you are using the block editor or not. If not, it should be default offer the classic editor. We’re running 4.9.x (with security updates of course) so there’s every reason to believe we want the classic editor. If a weblog has a mix of posts in Block Editor and classic editor it becomes more difficult. A simple choice on creating first post would be far more appropriate than shoving the writer into the Block Editor.

Speaking of pushing things, every time the user opens up a weblog or switches weblog, s/he is dumped into a screen promoting the spyware JetPack. This is an abusive use of monopoly privileges and completely out of the spirit of open source.

It’s exactly this kind of abuse of FOSS, which makes Matt Mullenweg such a creepy presence in the world of FOSS software and poor custodian of WordPress. Instead of following the spirit of FOSS, Mullenweg is obsessed with getting away with whatever he can within the limits of terms-of-service. WordPress.org should really be separated from WordPress.com. I can only imagine the horrors of Linux if it weren’t for the very humble and serious stewardship of Linus Torvalds. Apple is no hero either, attempting to force WordPress to sell hosting accounts via Apple through WordPress’s free iOS app. Apple is wildly out of bounds, demanding that all sales of all services which work on iOS go through them. Over this issue, I plan to jailbreak my devices (and for privacy reasons).

Posting to WordPress on an iPad Pro via a web browser is a complete nightmare. I’d score the experience a 2 out of 10 as half the features just don’t work and the other half require opening up background tabs. This is mostly Apple’s fault as Apple have forced all iOS web browsers to use their own WebKit code at the core. Posting to WordPress on an iPad Pro via the WordPress iOS app rates a 7 out of 10. There are issues with requiring too many touches to do simple tasks (why open a submenu to choose edit options, everyone needs edit options so edit options should be one click).

On the positive side, the simple blue + on the left side of what should be the bottom line of the edit window (instead it’s just above the virtual keyboard) makes it every easy to add custom blocks, or in the case of this post, images. We’ll look into adding support for FV Player here. Although I’m not sure we can as we don’t have access to the iOS editor directly. Perhaps the WordPress iOS editor polls the weblog directly for Gutenberg blocks. Very irritating is that there is no option to just paste in a link to YouTube. Perhaps I should be doing that directly.

Let’s give it a try and listen to another free software hypocrite damn himself in his own words. I present to you Google’s ex-CEO Eric Schmidt at the height of his powers letting us know we don’t deserve our privacy. 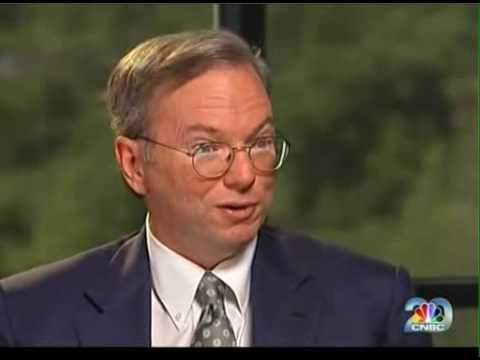 Happily enough, the video plays. Not in FV Player pro, not with starting at 15 seconds where I would like it to, but it does play.

Alas, catastrophe strikes here. It’s very difficult to get to source code on iOS. Why? To access source code, it seems to be necessary to download an external app. The free ones don’t work but there is a very old, very simple and very reliable app called View Source – HTML, javascript and CSS by Paul Hudson which costs just 0.99¢. I recommend this one.

Much later, I find out the YouTube video is just dumped into an iframe with none of the beauty of embedded playback which FV Player Pro adds.

We really will have to find a way to make FV Player Pro accessible within the WordPress iOS Editor. For now, what a publisher can do is to add the primitive iframe within the WordPress iOS app and later return to the post in a proper browser and upgrade the link. FV Player Pro is supposed to handle YouTube links automatically so perhaps it will pick these iframes up automatically and convert them. Apparently FV Player Pro does not pick up mobile YouTube links which we will add, i.e. https://m.youtube.com/watch?v=A6e7wfDHzew&s=15 We’ll also double-check that we automatically parse https://youtu.be links.

On the plus side again for the WordPress iOS app is the image editor. It’s very easy to crop and make minor changes to images by pressing the edit button at the top right.

See the major SEO concerns about the WordPress iOS app image handling below though.

The excellent image editing tools also work when using the iOS editor in Classic Mode. This is good news. The tools are quite a bit more jumpy as it’s hard not to trigger the image edit options to open when scrolling past. The superfluous Gutenberg/Block Editor comment code is all gone, with line breaks created by carriage returns, i.e. it really is the TinyMCE code. Despite my innate dislike of the Block Editor, for me editing in the WordPress iOS app is more efficient and faster in block editor mode than in classic editor. I’m not quite sure yet what to do with that code though when moving back to the web browser editing.

So final result? This post took two and a quarter hours to write (not counting any breaks). The post is longer and more complicated and has a whole lot of media in it. It’s much easier and more efficient to write within the WordPress iOS app than any browser. I could imagine using it regularly, after checking out the privacy issues.

It’s difficult to get good file names for images. They end up looking like this post date, image-2.jpg. That’s fairly awful:

There is a way to deal with it by carefully renaming images on insertion. I’ll have another go at it next time I post. Image names like this though will lose a post a lot of SEO juice. Bad:

We use our own FV Simpler SEO, which has always been cross-compabtible with All-in-One SEO (the original market leader before the very greedy and heavily marketed Yoast SEO plugin turned up).  The same issues would apply to other SEO plugins. Our description field is not accessible. The solution is on our end. As the excerpt field is available, we will pull excerpt by default for SEO description if there is no SEO description. Occasionally that will create a bit of trouble for a publisher who likes to use both meta-description and excerpt as separate fields. In my experience, publishers tend to use one or the other. If there is an SEO description FV Simpler SEO will not duplicate the excerpt into meta-description. Problem solved.

Post-script, non-technical: why write on an iPad

Why would I even want to be able to write weblog posts on an iPad Pro with all these issues? My iPad Pro is completely silent when using an external keyboard (I have the excellent standalone silver Apple USB keyboard which I believe is not sold any more). Absolute silence when writing, with no fans or hard drives spinning is a special experience. It’s what we used to enjoy before electric typewriters, writing longhand or writing on manual typewriters (except when actually hitting the keys).

Amusingly enough, my first personal computer, the AtariST was almost silent when running (external power supply brick without fan) and the word processor inside didn’t look all that different from the WordPress iOS app. The more things change, the more they stay the same. Since the AtariST was just as capable a word processor as a modern iPad Pro 12.9″, was there any point to all the trouble and updates and upgrades since then? As a writer, I can say no. Of course, that AtariST could not hope to open modern web pages (at least not without a robust code stripper in front). But in creative and composition terms, no better.

As a member of the tech industry, we’ve all been leading you, the end user, on a merry chase. At least for the last dozen years, there’s only the barest pretence at really improving your lives. Endless forced upgrades and “improvements” to established applications along with the attendant compatibility issues are mainly a way to take your money, and what’s far, far worse, waste your time.