Fredrik Harper is a young filmmaker coming from the Northern Europe, based in Oslo, Norway. Fredrik’s interest in his surroundings and his attentive approach in moviemaking, brings out to light the personal stories of ordinary local people with extraordinary dreams.

The main protagonist of the movie Matt Hein, has been living in London and working in Finance for nearly 5 years. The daily 1-hour commuting in a overcrowded train and a job that was everything but not fulfilling him, has led Matt to the point where he became unhappy. Talking about his old job in the movie, Matt uncovers the reasons behind his demotivation:

You have to get in in the morning before your boss, and you have to leave after your boss because that way your boss think you’re working much harder than you are. It’s a competition for who can be sat at their desk pretty much wasting their life. That’s not a way to live your life.

One day, Matt had enough and has finally quit his job and decided to travel. Spending months in French Alps, where he also met his Norwegian girlfriend, Matt realised how much being in the nature, hiking and exploring the outdoors means to him. His partner guided Matt’s next steps to Oslo in Norway. Starting a new chapter in life, Matt always ended up thinking about his passion for nature, outdoors and memories of growing up with dogs.

It wasn’t long after that, when Matt realised that it is possible to combine all of his passion and turned it to a business fulfilling not only him, but also helping busy people in the city he now resided in.

I thought, wow, there’s an opportunity here. I’d love to be out there five days a week,” he says in the doc. “I basically get paid to be an adventurer and hang out with dogs.

Observing the dog-walking businesses in the Norwegian capital, he noticed they are limited to small city parks and seemed to be taxing for both the canines and their walkers. To distinguish himself, Matt got him a white van and started his own business, driving a pack of dogs out to the wooded nature parks outside the city and hiking all day with them. Matt’s dogwalking business Who Let The Dogs Out?, named after the notoriously famous hit by Baha Men, allows Matt to make him and the dogs unapologetically happy for 5 days a week.

It’s so easy to think in our heads, ‘Oh, I can’t do this because I’ve got this and I’ve got that. No! Just change.

Enjoy a walk with Matt and the pack of Oslo dogs: 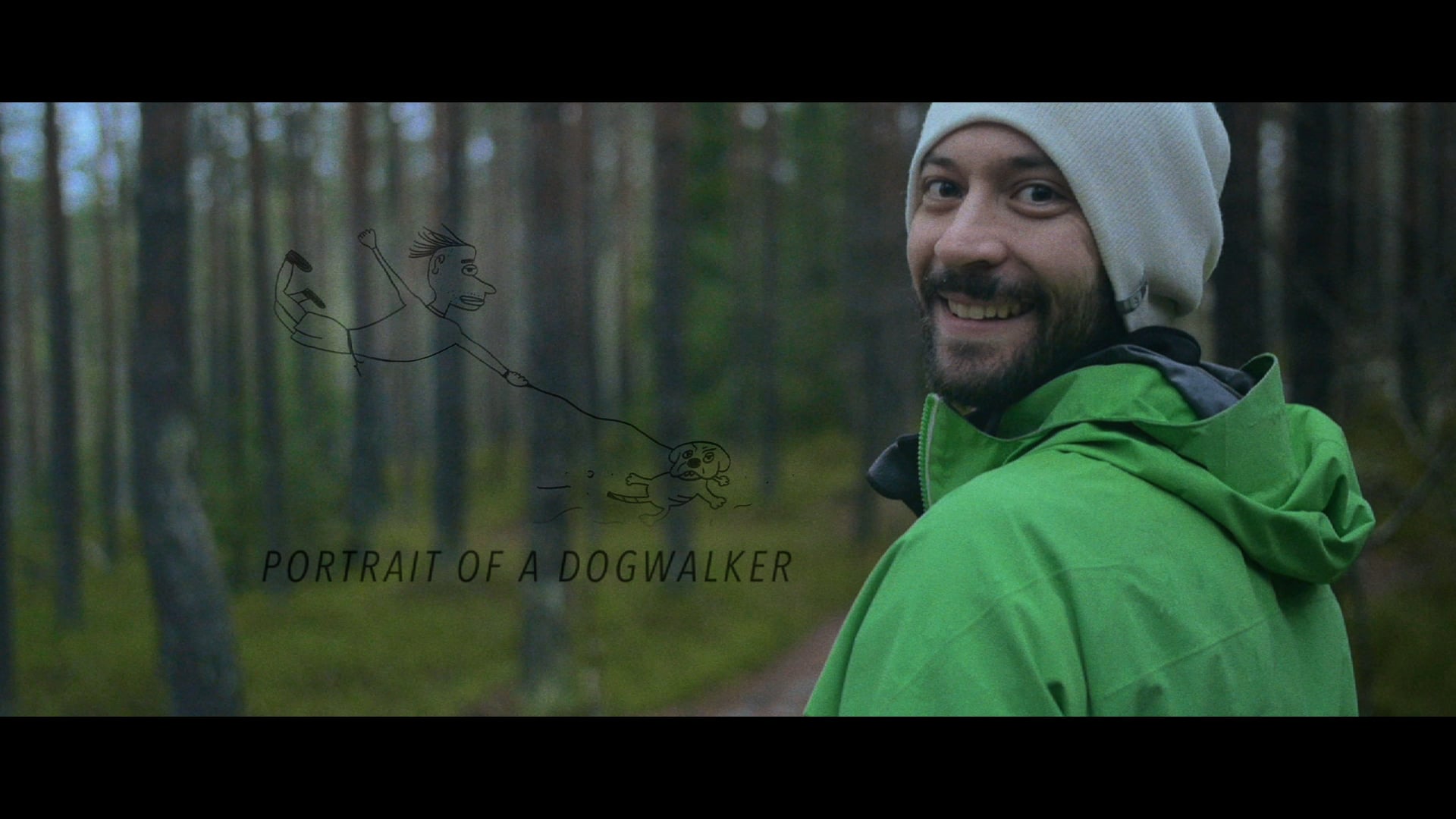 PORTRAIT OF A DOGWALKER