Every year my birthday comes around in September and usually we do a team building at about the same time. Here’s how we celebrated this year, with a canoe trip down the Maly Dunaj. 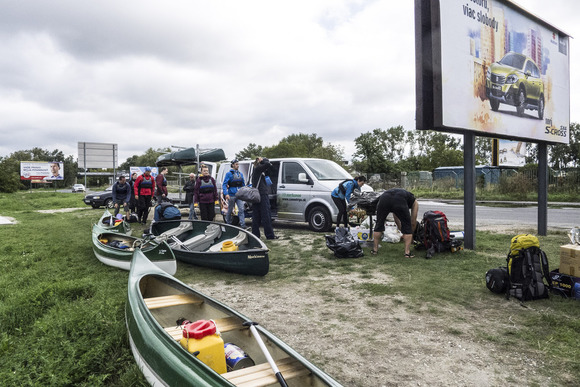 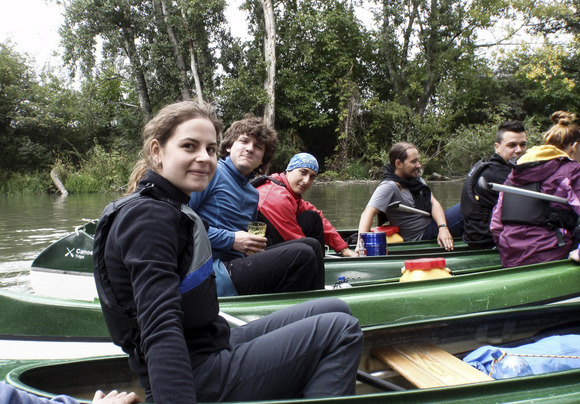 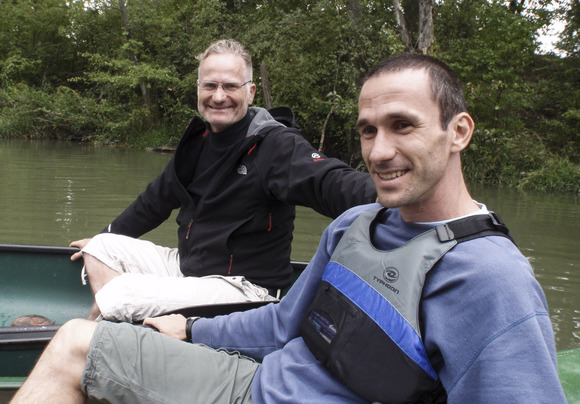 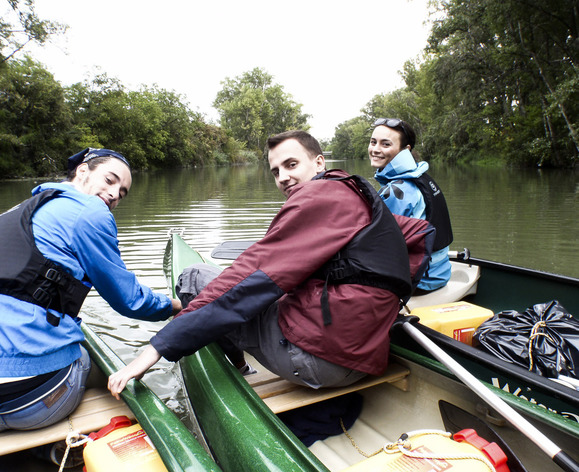 In the bow Patrik Bartas, Peter Absolon and Anna Dudasova 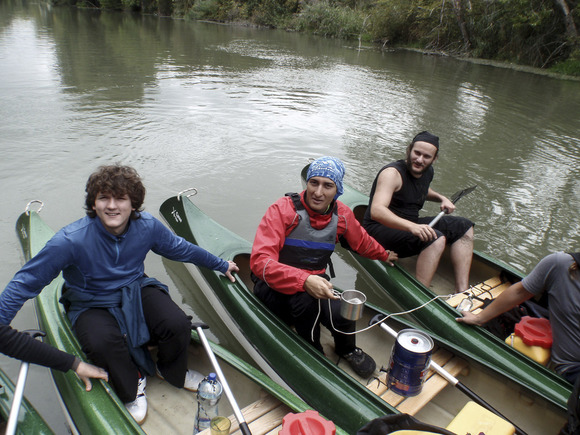 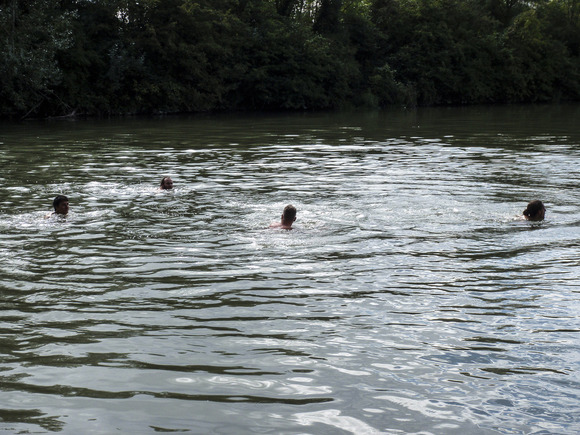 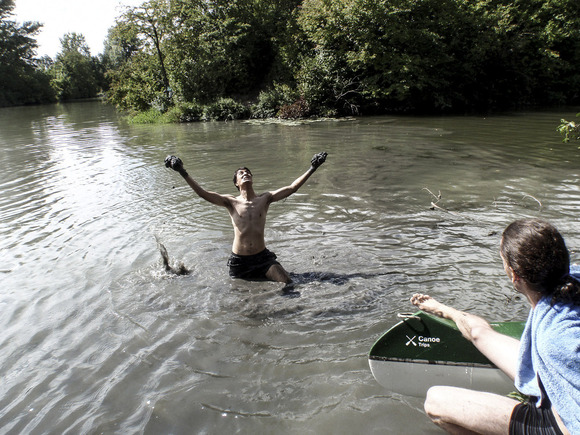 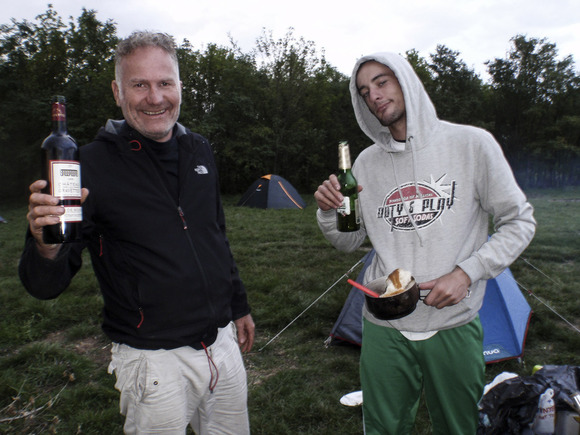 relaxing in the evening 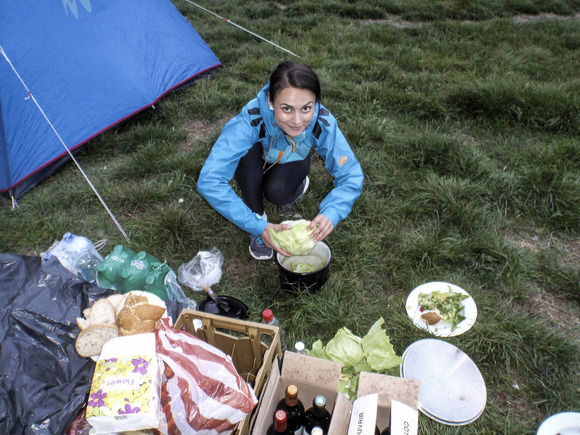 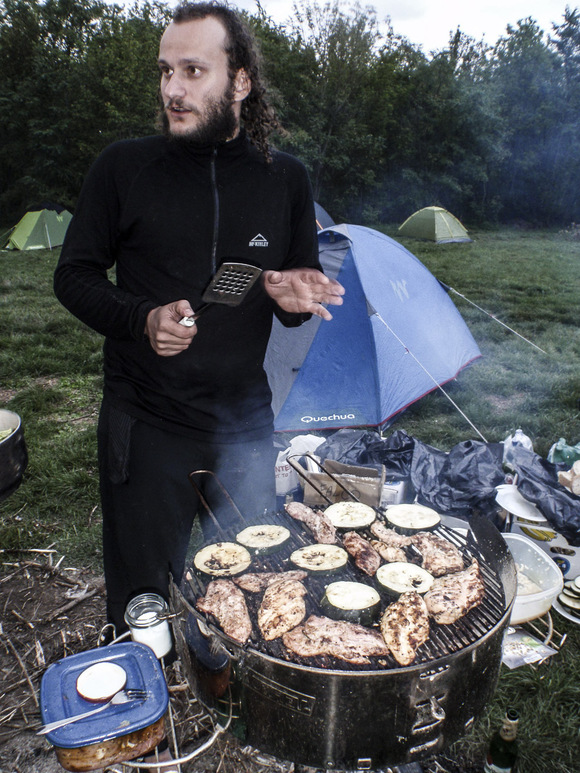 Peter Baran on the grill 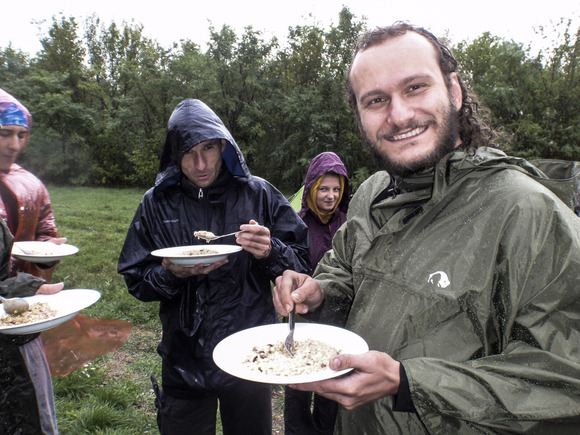 As we had all the senior programmers on the trip, we had to have a laptop with us (very small: MacBook Air running Snow Leopard) and a telephone with internet connection. We were monitoring our servers with Zabbix and Simon with SMS coming to two phones on the trip (one waterproof, the other in a waterproof bucket). Fortunately, the servers didn’t go down so the laptop stayed closed that day and night. In fact, I was off email for three days which is an enormous holiday. One could even say it was my birthday present to myself.

Drinking on the water

Cultural differences. In Canada it is highly frowned upon to do dangerous water sports (canoeing in moving water counts) while drinking. In Slovakia, even adults must wear right side up life vests (the kind which keep your head out of the water even if you are unconscious) when canoeing (to allow for “accidents”). At least one team member had to be moved from stern to bow due to excess alcohol consumption. On day two, we banned the alcohol and covered twice as much ground in half the time. Well, we did stop for a lunch of raw cheeses (French) and fine claret, but only consumed 2 dl per person. Bordeaux and fine cheese only increased our performance: in this case Gallic civilisation is to be preferred. Moderation and quality.

Why does Foliovision own so many canoes (six)

We don’t. We rented our canoes from CanoeTrips.sk. The prices were very reasonable and owner Tibor was very helpful in providing additional info (although he did encourage us into a rather dreary pension with food prepared for us or into campsites with showers and nearby pubs which we energetically declined to camp in relative wilderness). Even then canoe tripping in Slovakia is even more luxurious than a European bike tour, as Tibor comes at night with the luggage, the tents and one’s food reserves. We were even able to bring a standup grill.

Against motorized accompaniment before the trip and now having done it, I would definitely pack everything into the canoes if doing it again and stay in some of the even wilder places we found on day two. Carrying one’s gear requires smarter packing but is a far more authentic experience.

What’s interesting about the Maly Dunaj is that even when one travels through industrial areas (you can sometimes hear the heavy machinery in the background), at the water you feel like you are in the wilderness with just willows, mistletoe and ivy everywhere. There is tremendous bird watching: we enjoyed many storks and even a large bevy of swans who looked like something out of Swan Lake. The carp are as large as small beavers. One came up to jump some flies and his head was not much smaller than Ivka’s.

We also faced a very impudent fox at our campsite. While we were just four or five metres away the crafty ginger whisked away two of our three gourmet Hungarian sausages (we only found out what she’d got the next day when they were missing for lunch). She came back again and again and finally we had to move and dedicated an entire tent to the food. Foxy was annoyed with us for putting the food away and wandered the camp all night stealing the shoes of everyone who left them out for the night, managing to nick five full pairs.

Part of the animal issue may be that some Slovak campers are very sloppy leaving their refuse behind. I’m not sure if CanoeTrips.sk are as ecological as they say as our garbage was “accidentally” taken off the trailer until we ran down the van and forced Tibor to put it back in the trailer. As this fox had become a garbage hound, driving her away was very difficult. Many dogs are shyer than this long-tailed beauty who feared neither flashlights nor humans.