A very smartly dressed Julian Assange joined other attendees at the sold out Linklove conference in seeking ways to outsmart Google and to propel Wikilinks back to the top of search rankings. His last year on the run from UK, US and Swedish authorities has not seemed to phase the energetic Assange. He’s looking, younger, fresher and ready to continue the battle for his liberty. 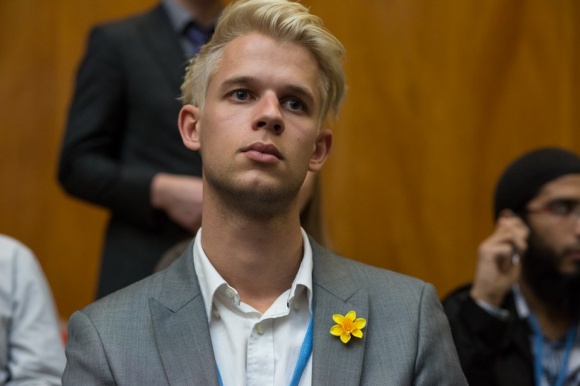 Julian Assange at Linklove in London.
Was Assange looking for SEO help for wikileaks

Will Critchlow, co-director and founder of Distilled.co.uk, organizers of the Linklove SEO conference said Assange’s attendance was as much a surprise to him as to everyone else there.

I’m happy to see Julian here. Politics are not really something that are a priority with me, but I believe everyone has a right to their viewpoint. At this point, Wikileaks needs all the help it can get and what Julian and his team learn at Linklove will certainly be able to help them avoid any further penalties in Google.

Assange declined to comment insisting he was present as a private party and not as a public figure.