Open terminal and navigate to the directory where the broken video files are stored. Run this command in terminal:

I’ve been using a combination of MDRP (MacDVDRipper Pro) and Submerge to create hard subtitled versions of Austrian classic show Kommissar Rex for our six year old starting school this year in German. We don’t speak German at home, so it’s important that most of his entertainment comes in this language. I need the subtitles to be able to follow the action closely and help Constantin with vocabulary.

The finished files play and the subtitles look great: 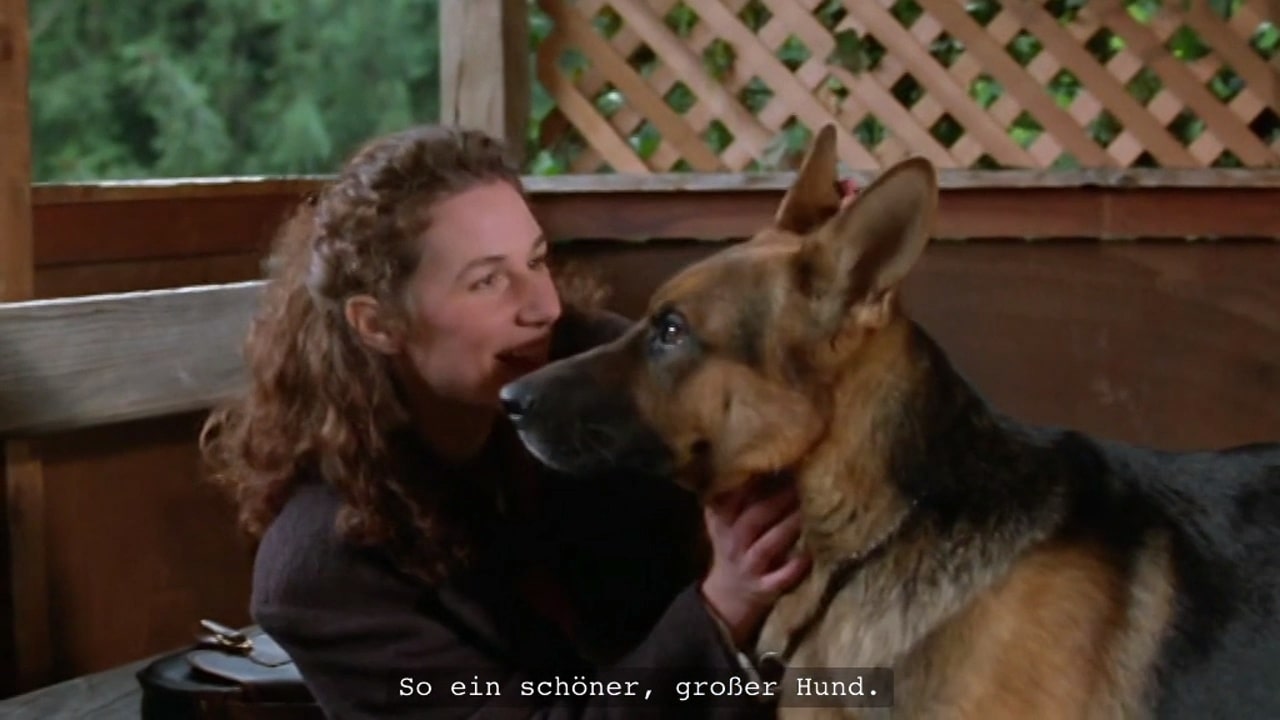 Unfortunately on the computer the container is broken and the video shows as being 1192:52:46 long. That’s 1192 hours long.

The 1192 hour length makes it impossible to use the timeline to scrub (right away one is in blackness). It’s not a critical issue – the files do play back on our Sony X700 and our Pioneer BDP-450 blu-ray players – but I don’t like broken things so I set out to find out what the issue is.

First I tried using some of the other Submerge presets to create my submasters with hard subtitles. No luck, they all showed 11.59.59.45 as the movie length (is that one week or sixteen hours). Next I tried modifying the presets in Submerge (located at within the app package at Submerge.app/Contents/Resources/Presets but didn’t have any luck changing them enough to be able to create movie containers which weren’t three days long.

Subtitles created from the same MDRP masters in ffWorks don’t have this issue – the length is normal, 45 minutes. Files created from Submerge hard-coded subtitle submasters with 1192 hour time codes after a second conversion in ffWorks also show the correct time code.

How ffmpeg can fix a broken .mp4 and .mkv video file almost instantly

Experimenting with the Submerge ffmpeg preset files made me think more about using standalone ffmpeg (the engine in both ffWorks and Submerge) to clean up these files. I remembered hearing about a zero copy which could make broken mp4’s downloaded from the internet open and play again. It took awhile to find the code to do this but eventually I did.

A simple repackaging of the file is this command:

What’s great about this command is that it’s almost instantaneous (400x real time speed) and does not re-encode so your output video remains the same generation as the input.

There’s a more sophisticated version of the command above which performs a basic transcoding.

The benefit of re-encoding the file is that it will definitively remove any encoding errors. The downside is that it ages your video another generation. It’s basically like resaving a jpeg image. Gradually blocky shadows, chroma noise and jaggies will get worse.

You can choose whichever ffmpeg library you like on your computer. To start this experiment is just used the most recent of the dozens of copies I have on this computer rather than reinstalling. Now that I’m using ffmpeg directly from the command line, I’d like to be able to run the ffmpeg binary without a path. Installing ffmpeg on OS X used to require install the homebrew framework first. Happily not any more.

How to install ffmpeg without path on OS X

To do so, one should add yet another copy of ffmpeg in usr/local/bin. Here’s how.

In my case, I didn’t need step four (chmod) for ffmpeg to load and work. More detailed installation instructions here.

The next issue I faced is that I have directory full of thirty of these files.

Writing out /Users/Alec/Library/Application\ Support/FFmpegTools/ffmpeg -i inputvideo.mp4 -c copy /path/to/outputvideo.mp4 thirty times didn’t sound like much fun, even when copying and pasting paths. There’s lots of ways to automate a directory conversion on OS X, via Automator or AppleScript of KeyboardMaestro.

But since we are already on the command line, doing the whole batch conversion in bash makes the most sense. The answers linked at Stackoverflow are mostly too complicated with multiple line commands. It can all be condensed down to a single line, which is easier to read:

This will create a second version of every video with “-2” at the end of the filename: yourvideo.mp4 –> yourvideo-2.mp4

Or alternatively, to put the files in a subdirectory:

Don’t forget to create the “copies” subdirectory first though or the command will fail.

How to convert .mp4 files to .mkv format with ffmpeg

The copy command also works to convert an mp4 to a mkv file:

With both of these single line commands, it is so easy and fast to clean up whole directories of .mkv and .mp4 video files that I’ll be using ffmpeg far more often from the command line. Remember that by using this command, you are not re-encoding the video but just letting ffmpeg clean up and put the file in a fresh box.

How to convert .mp4 files to .m4v format with ffmpeg

The copy command also works to convert an mp4 to a m4v file:

How to convert .mp4 files to .webm format with ffmpeg

Recent versions of webm allow us to convert to Google’s webm format.

In this case no subdirectory or number is needed as the the .webm files will not overwrite the .mp4 originals (better make sure it’s not a mixed directory with .webm in that case).

This same command structure can be used for encoding in other formats, i.e. the main conversion. A set of good presets for creating web versions of videos is the subject for another article as our current instructions for encoding HTML 5 videos could use an update.

Here’s a basic conversion though:

This will convert the master to .mp4 format with very high quality at the existing resolution.