Norilsk is an industrial city located above the Arctic Circle in the very north of a Russian region Krasnoyarsk Krai. It has a permanent population of 175 000, but with its temporary residents may reach even 200 000.

Norilsk, the northernmost city of the world, was founded in the late 1920’s as a settlement for the Norilsk mining-metallurgic complex and also became one of the Gulag labour camps centers, Norillag. It was granted a town status in 1953.
The main religion of the city is Christianity but you can also find some Orthodox churches here, as well as the northernost Muslim prayer house in the world. Norilsk is located between the West Siberian Plain and Central Siberian Plateau, on some of the largest nickel deposits on Earth. Norilsk Nickel mines copper, coal, platinum, palladium, cobalt and employs the highest number of inhabitants.

There are no roads to the city. You can find only a small Norilsk railway between Norilsk and port of Dudinka, but neither roads or railways to the rest of Russia are to be found. If you’d like to come to Norilsk you would either have to fly or disembark from a boat.

There are no roads to Norilsk. We are in the far beyond. It’s deadly beautiful.

Thanks to the short film shot by Victoria Fiore we can admire how overwhelming it is that humans could have built up a city in the middle of nowhere, slowly getting used to its darkness and calling the scary beautiful.

Despite the brutality, factories, pipes, smoke, when there is no sun in winter, this is all so beautiful. For us, this is a very native landscape. I don’t know how to explain it but I want to photograph everything straight away.

On the other hand, Norilsk contributes to the air pollution so much it is considered to be one of the 10 most polluted areas in the world. Life expectancy for local residents is about ten years less than average Russian life expectancy.

I don’t like gas because it stinks and is harmful. I start to cough, my head spins, my stomach hurts. I wish I could live somewhere else, ‚‘‘ says a little girl. I like plants because they make so much oxygen. I wish I could have lots of plants. The trees used to be so beautiful. But they became old. And there is less oxygen.

When clouds carry sulphur acid rain is created. These emissions have a deadly impact on nature and are dangerous for humans as well. A man used to work in the mining factory for 20 years. One night he woke up coughing and spat out a piece of metal.

Despite all of it, people are very patriotic and very proud of the place they live in:” On the way to work you look out of the bus window. What a darkness. It reminds me of cosmic moments. It’s beautiful and it’s eternal. This is where I like to be. I’m proud of having taken part of building this city, although people roughly speaking are sacrificing their health. This environment, this climate, minus 45 degrees celsius, and we swim here. I love the city.”

No matter what happens next the city will still carry both, breathtaking beauty and the scary scent of death.

This is one of my fav places. It opens up to a very beautiful view. I love that on one hand, if you look far enough there the untouched snowy steppes, and if you turn around there is a powerful contrast. A large industrial complex, a city in a snowy desert. It’s awe-inspiring that all of this was created by the hands of men. Somehow it touches me. 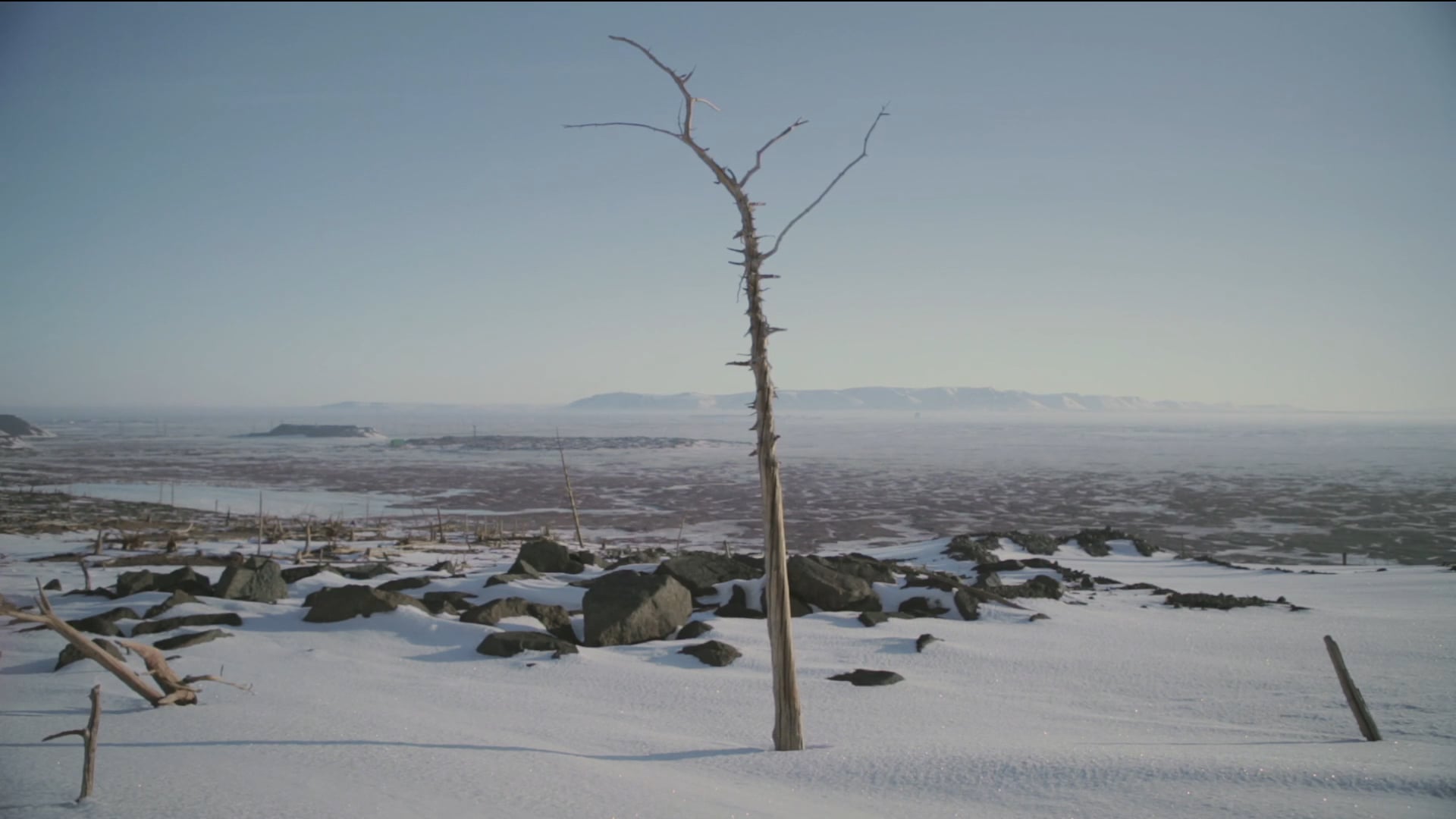