Tan is a bit existential about his photography. In his post A Crisis of Purpose in the Age of Instagram, he wonders about how likes influence photography.

“Photographing for likes. Has the world come to this?”

Tan then documents his own history with Instagram. He has some interesting rules: no more than 90 photos on his account, to add a photo he has to delete a photo. I’ve visited Tan’s Instagram account and none of the photos discussed below are on it: he’s a man of his word.

Tan worries that those without enough likes will not have credibility for their equipment reviews or blogs (like Tan’s Street Silhouettes for instance).

[people] only seem to care if the source derived from someone popular – if not already famous. It didn’t matter if the image was ordinary or even substandard, given the photographic merits no longer became the metric of evaluation. What the world wanted to see was popularity. Those with more followers have more rights to have a say – given their following.

For Tan, followers is the equivalent of value:

for the crisis of purpose – there’s no crisis if one has an audience. As long as there is an audience, a photographer can share just about anything within reason, and thus find purpose along the way. It’s when the photographer is without an audience that purpose becomes elusive.

Tan’s exposure to photo sites has made him cynical:

for all you street photographers trying to find meaning in documenting the pedestrian, the world has already seen it. To you fashion photographers seeking beauty, beautiful girls are a dime a dozen. And to you landscape photographers, if you’ve seen one sunset, you’ve seen it all.

Tan conducted an experiment where he documented the history of likes for some of his favourite photos. He attributed the success to luck rather than relative artistic merit. Having seen much of Tan’s work while reviewing Sony A7III image quality vs Canon (primary goal), the issue is more that whikle Tan is technically fluent with his cameras, he does not see himself why individual photos are successful. Here are my notes to Tan on some of his random successes:

It seems to me your hits and misses are not entirely random. Let’s start with a couple of hits. 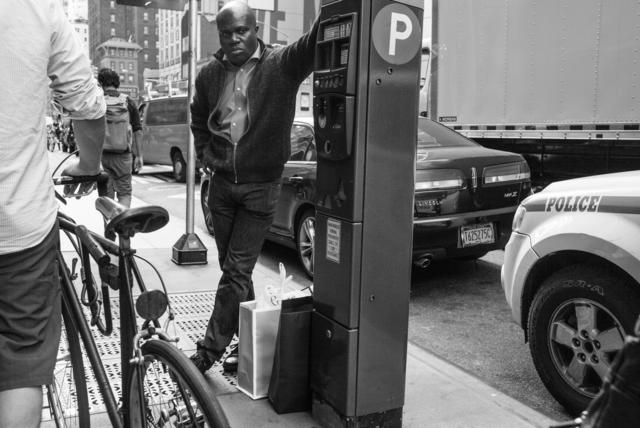 Tan wrote about this image:

This was a surprise post. At the time I was able to get 30 likes. I didn’t expect it.

Black guy leaning on parking meter was successful as the subject is both intense and right at the center of the photography. You feel him. Your well drawn subject is also deeply integrated into a rich urban environment with deep perspective. 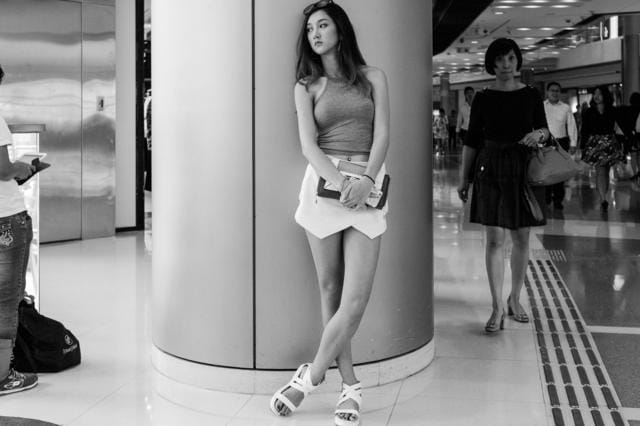 Girl at the Mall

Tan wrote about this image:

Of all my street photography, this was my first really successful post. At the time I posted it, two months ago, when I only had 300 followers, I received 70 likes. It has now grown to 85 likes. I don’t think that this image is necessarily better than my other images.

Tan is wrong. Girl at the Mall was successful as there are a lot of things right with this photo.

On the downside, the guy with the iPad (one of your photobombers effectively) distracts from the main story. The photography would be a work of art if you just crop him out. I’m divided about whether you should make the photo square and give up the lift or go 4/3 and keep the lift (which would mean cleaning up the iPad guy’s bag, not such a problem when it’s just bright floor there). You could consider moving the lift a bit to the right and giving up the distracting ribbon of shop. Pillar to silver lift would probably look better. Just cropping the guy out bag or lift or not would be 80% of the improvement though right there. 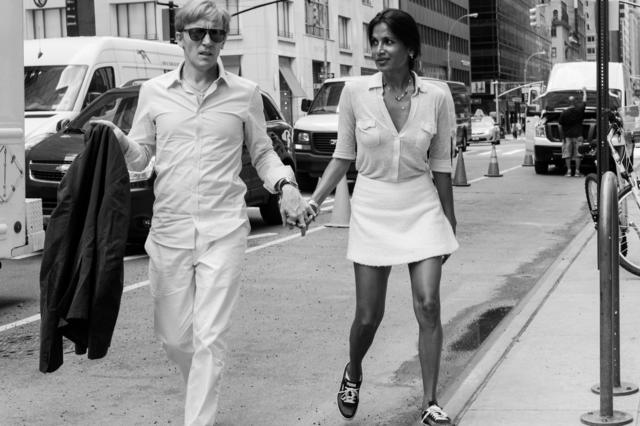 Tan wrote about this couple:

It’a also not an accident. The first photo of the couple walking together did well as we feel a vapid arrogance from the man and can identify with his trophy girlfriend’s sneer of scepticism. Again you have a deep background. The photo would be better if you had been just a tiny bit to the left and had captured less van behind the man and more deep street along with a more direct angle into the girlfriend’s eyes. Still a very successful and well-composed street portrait with action, emotion and relationships.

Now for a colour image. 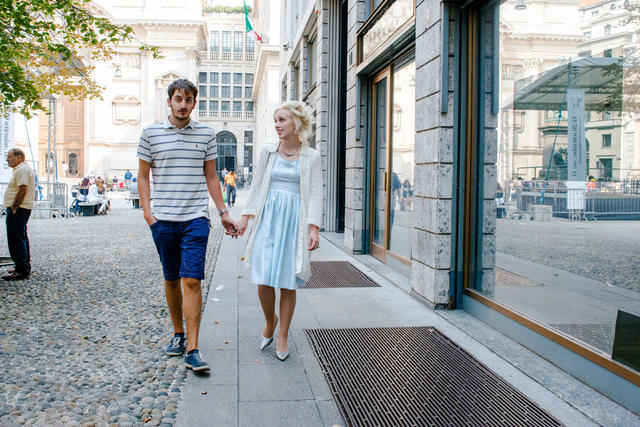 Tan lamented its lack of success.

Another one of my early posts on Instagram. I only had 7 likes for this image….I thought it was a nice image. But I guess I was wrong.

Your black and white photos do better than colour as you have a better feel for tone than for colour. Your feeling for colour is not particularly deep. Meaningful colour is created in post-production, not in the camera. As a photographer you must take a stand and choose even create colour. This was true in the film days (dark room, choice of lab/process) and is true now (RAW development or choosing Fujifilm who offers strong jpeg presets).

So you ask if black and white is the solution why didn’t Runners do better? 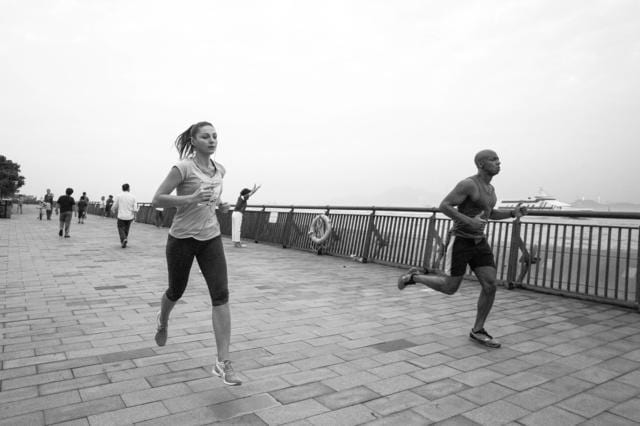 Runners was less successful for a few reasons.

Tan’s notion that likes have very little to do with the merit of the individual snaps on his account doesn’t ring quite true. Whether Instagram or 500px, these sites are not simply a popularity contest but legitimate ways to measure response. But success is relative. On account with 5000 followers, 50 likes would be a colossal failure. On an account with 50 followers, 50 likes would be a huge success. Of course, purely subject – a shot of Taylor Swift kissing some new man – would go crazy viral – would have entirely different numbers than Girl at the Mall above. Even if Girl at the Mall is a much better photograph.

Looking to be liked is of course the first problem. Looking to be liked is the work of a promoter, not of an artist. An artist seeks the truth. Of course when one is artist and promoter, i.e. one man band, the line is blurred. But it’s important to always seek that artistic truth first and not second. What did British Prime Minister Disraeli say about preparation: ““The secret of success in life is for a man to be ready for his opportunity when it comes.”

Before any promotion happens, a body of work should be ready, ideally with the ability to create more of it.