Foliovision has a very special bond with Canada. After all, Alec, our Creative Director was born in Vancouver and some of our favourite clients are Torontonians. July 1st, 2017 marks the 150th anniversary since the colonies of New Brunswick, Canada and Nova Scotia formed Canada and naturally, we want to celebrate the big birthday too. Fortunately, there are numbers of opportunities to do so even here across the pond in Bratislava.

We were invited by the Office of the Embassy of Canada to Slovakia to attend a screening of the film “It’s Only the End of the World” by the Canadian director Xavier Dolan as a part of the Month of Francophonie in Bratislava and a part of the Canada 150 celebrations.

Xavier Dolan, the French-Canadian movie director, is only 28 years old and he already has six feature films in his portfolio. He won the Grand Jury Prize in Cannes last year for the movie we went to see, “It’s Only the End of the World”.

We’re all big film buffs here at FV and we regularly organize movie nights combined with birthday celebrations, so this was a perfect opportunity to see a good movie and celebrate the birthdays of two of our favourite Foliovision ladies – the best coordinator/office manager Anicka and our project manager/programmer-to-be Naty. 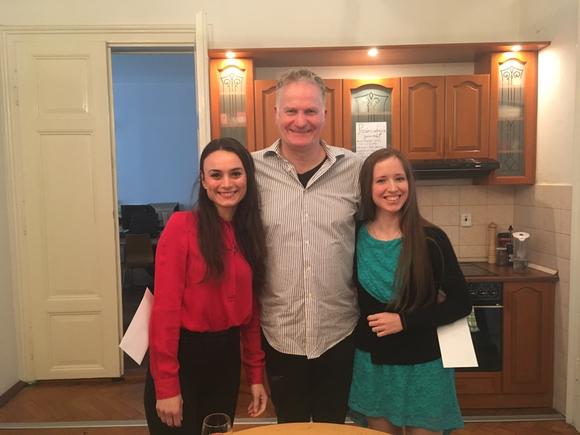 The celebration started in our office kitchen, where we enjoyed a delicious cake made by Anicka and then it was time for presents.

According to our tradition, every person gets two tickets to a cultural event of their own choosing as a birthday present from Foliovision. Anna chose tickets to the Slovak Philarmonic’s interpretation of the the most popular movie soundtracks. Naty opted for tickets to the Slovak National Theatre, to see a play called “Rivers of Babylon” based on a popular novel by Peter Pistanek. 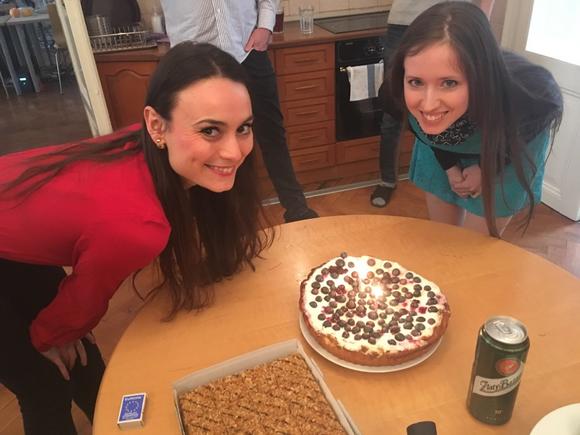 Anka & Naty with their cake

After we enjoyed a glass of wine and Anka’s delicious cake, we walked to the cinema for the second part of the celebration. 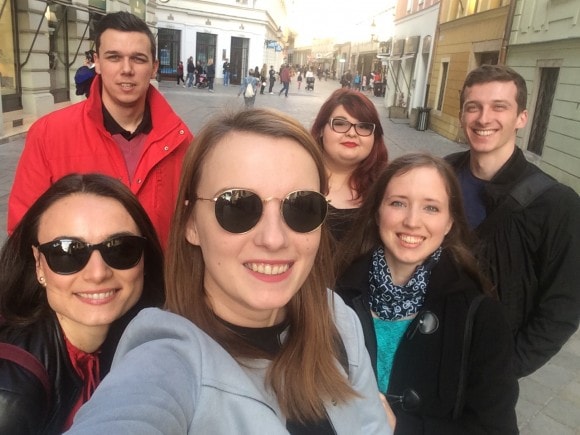 It’s only the end of the world

The movie was being screened at Kino Lumiere, which is one of the smaller cinemas in Bratislava and the intimate atmosphere was perfect to enjoy the movie.

And the movie was – in one word – intense. A terminally ill gay man, an estranged son, comes home to tell his family that he’s dying. Soon enough he realizes they’re not interested in what he has to say. 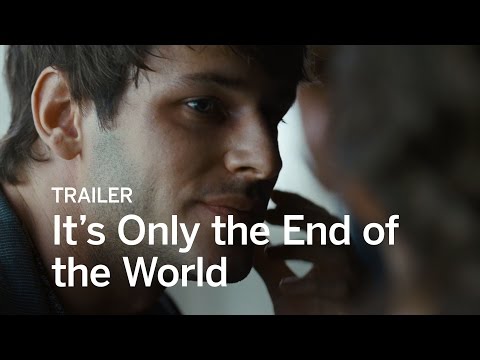 It's Only the End of the World Trailer | Festival 2016

“It’s only the end of the world” is a movie adaptation of the play with the same name by Jean-Luc Lagarce, who was 38 years old when he died of AIDS. We did not know that the movie is based on a play, but it’s pretty obvious very soon into the film.

The characters never stop talking. Often the dialogues, or actually monologues, are so long and you just can’t wait until they get to the point – but there doesn’t seem to be a point. On the other hand, isn’t this what family gatherings are all about – pointless conversation, small talk and never getting to the point of the important stuff?

The characters all fight and yell at each other throughout the movie, all of them except Louis (Gaspard Ulliel), who keeps to himself waiting for the right moment. He can’t tell them he’s dying during appetizers, he’d ruin lunch. He decides to wait for the dessert, but then he might ruin dessert. No time is the right time and he’s running out of time.

His mother, played by Nathalie Baye, keeps reminiscing about the old times when the kids were little and the family would spend their Sundays on the road exploring the countryside.

His brother Antoine (Vincent Cassel), is an angry, bitter man. Antoine’s wife Catherine (Marion Cotillard), is a socially awkward, distracted woman who doesn’t seem to belong in this movie at all. There is a scene at the beginning of the movie, where Louise and Catherine just stare at each other for what must’ve been at least a minute, where I thought people will get up and leave the cinema.

They’re all very annoyed and uncomfortable trying to survive through a sit-down meal. The only person you might feel sorry for, is Louis’s sister Suzanne, a loud, stoner teenager with big dreams, whose brother left home when she was just a baby and she grew up with a bitter mother and a brother who treats her even worse than he treats her wife. But she’s a mess as well. 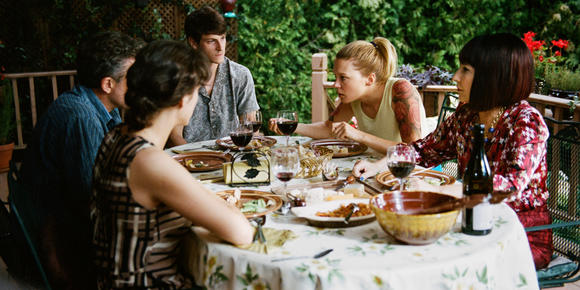 Constant insults are flying from one side of the table to the other, and it’s suffocating, kind of like watching a car accident. It’s horrible, but you can’t look away. The movie keeps getting louder and louder towards the end until it culminates in a painful end scene that seems to last forever.

It is a great portrait of a dysfunctional family, but it was very uncomfortable to watch. Maybe because it’s so easy to recognize yourself in the characters. We’ve all done wrong by our parents at some point and in some way, we’ve left home, we don’t call as often as we should, we rarely visit, and when we do, we expect everything to be as we left it, and we expect to be in the centre of attention, just like Louis.

Our evening ended on a positive note, despite the movie being a bit depressing. After the movie, there was a reception organized by the Canadian embassy in Slovakia, giving us the opportunity to discuss the film, and it seems we were all just happy we could finally laugh and move on to happier subjects. We had a glass of good Canadian red wine, some delicious snacks and spent a pleasant evening together discussing movies and life. 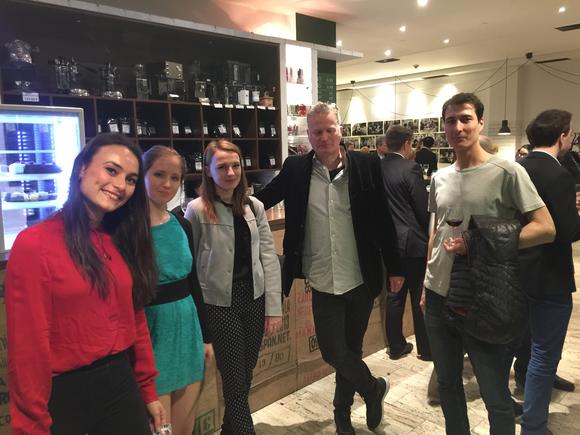 Anka, Naty, Sany, Alec, Martin & Riso behind the camera, at the reception