We've been slowly removing American cloud services from Foliovision, as the extent of American duplicity about privacy and industrial espionage becomes apparent. One of the services with which it was relatively difficult to part was Dropbox.

Regardless, with international state terrorist and Bush security czarina Condoleeza Rice on the Board of Directors, Dropbox had to go. To the Dropbox founders credit, the requirement to openly appoint Condoleeze Rice on the Board of Directors suggests someone felt that founders Drew Houston and Arash Ferdowsi needed very close supervision. I would love to have been inside those meetings, before and after. "Remain professional everyone. We all have a job to do."

What was great about Dropbox is how it integrates tightly with applications like 1password and Typinator which need daily trimming. I've moved back to moving around with a thumbdrive. It is more of a nuisance as one must quit all applications to be able to pull the drive.

On the other hand, Dropbox over the last two years has become very CPU greedy, often spending hours using a whole processor or two on indexing. By removing Dropbox my computers have all become much more powerful. You feel the difference more on a Macbook 11" or an old 17" Core2Duo than a quad processor Mac but on those dual processor Macs it's the difference between sluggish and spritely.

When you rip Dropbox out, one must be careful to undo the special setups you might have put in along the way. For the last two months I've had regular BBEdit crashes, with all recent versions.

Strangely TextWrangler ran just fine so I used it as a crutch in the meantime. Still I wanted my BBEdit back for the nice HTML tools, HTMLpreview  and occasional grep searches on folders.

It turns out I'd put a alias from the ~/Application Support/BBEdit to my Dropbox. What was great about this is that I'd see all my recent files when reopening BBEdit on one of my four or five work computers (yes, I really do wander from working on one computer to another, I'm thinking of cutting back both computers and hours on the computer). 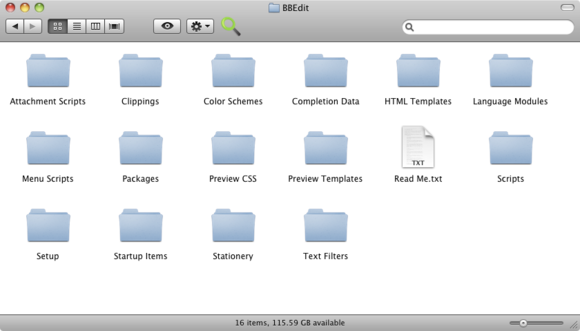 With the broken alias in place, BBEdit was unable to replace those Application Support files and crashing (harder in more recent versions). Once I removed the alias, everything went back to normal.

Moral of the story: the less you customize and hotrod your computer and OS, the less trouble you will have with said computer.