Hardly but that’s what the crows are calling Richard Branson over at LinkedIn in response to Branson’s post “Career Curveballs: Embrace Change or Become Stagnant”. 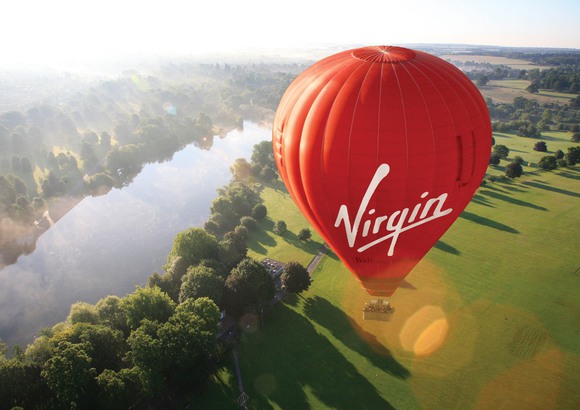 I’ve often joked about the best way to become a millionaire – start out as a billionaire and launch an airline! While moving from the music industry with Virgin Records to aviation with Virgin Atlantic was a huge career curveball for me personally, it was an even bigger jump for the rest of Virgin, not to mention my friends and family. We went from taking on rival labels in the charts and in the clubs to challenging global airlines in the air – and eventually in the courts!

Despite being independent companies, Records and Atlantic were intrinsically linked (a model that has worked well across the Virgin Group ever since). However, when British Airways’ Dirty Tricks campaign put a huge strain on the future of Virgin Atlantic, we had to make the decision to sell Virgin Records in order to give the airline the financial muscle to compete. It was the right decision, but an incredibly tough curveball moment. I found myself running down Ladbroke Grove in London with tears streaming down my face and a $1 billion cheque in my pocket.

Commenters were more than sarcastic to the exposed billionaire. Smartass fashionista Anita Kim:

Embrace changes and start out as a billionaire, smart idea!

Hardman Mario Pinto from Birkdale Lomond Capital thinks Branson had it too easy:

There are but a few people on this planet that will have the opportunity to have a cheque for a billion dollars in his/her hand, and a chance to change their business model, or interests. It becomes an easy task at that stage to go about your business that well financed, I think change is fantastic, new challenges, new markets, new people. But I’m sorry, I can’t relate to having a billion dollars in one hand and tears in the other. 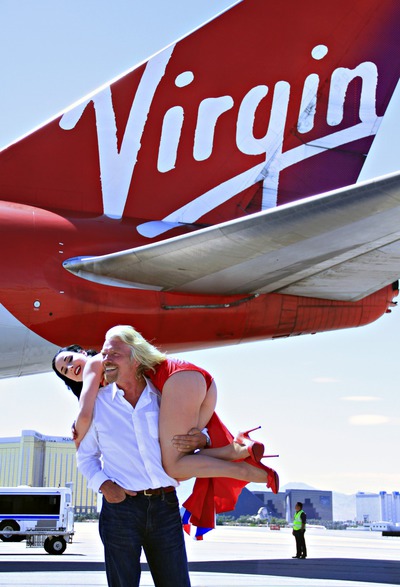 Selling your first and your dream business to be able to remain in the game against a documented dirty competitor is a very tough call. Richard Branson by being able to make a call that hard (either fail at starting an airline or sell his music label) is the kind of guy who has earned his change to carry a billion dollar cheque.

Branson is hardly someone who has had his fortune handed to him on a silver platter. He’s always been a smart and hard scrabbling and life loving guy. That he’s managed to combine business and pleasure is a greater testimony to the man. We should all be so gifted. 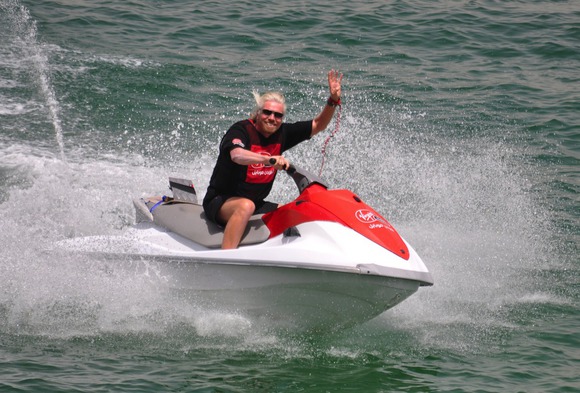 Most billionaires cheated or stole their way to insane wealth. Branson is one of the few who danced to the top by encouraging people and finding a better path. Still, the higher you fly, the more people will want to shoot you down.

Starting an airline was really a silly decision though. There are so many better ways to have fun. It looked smarter at the time in 1983 at the very start of airline deregulation.

The higher you fly, the more people will want to shoot you down.