Bookmark that in your browser. When you sign up for a new site, use that bookmark and create a new forwarder something like adobe@yourdomain.com for each site for which you signup (you could use a different name but it makes it more difficult to track to whom you gave the name and we all want to KISS, don’t we?). 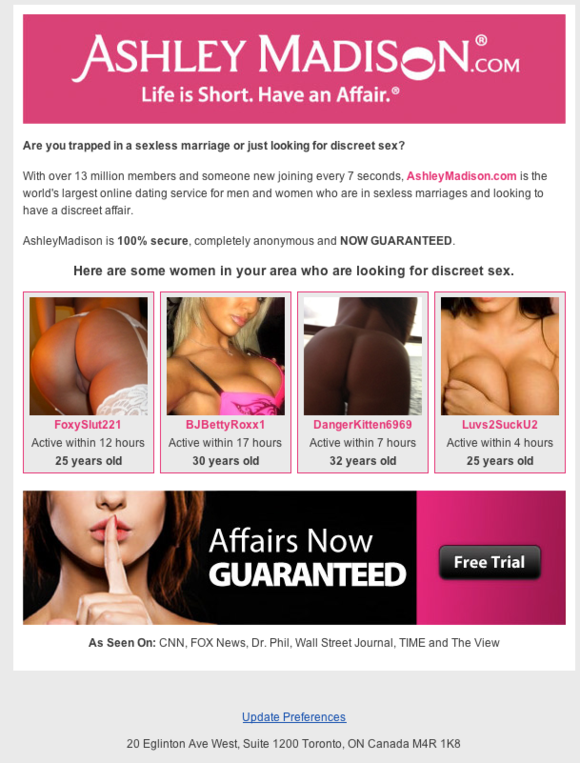 Anyway, I’ve been doing this for awhile. Adobe has two of my addresses. This week my inbox began to rapidly fill up with spam on both of them. At first I thought who at Adobe is selling their database to spammers. Then I remembered about the Adobe security breach in October. It looks like someone got ahold of the unencrypted Adobe database and is hawking it cheap (a lot of the spam is pretty dreadful).

Despite the hot copy, I thought Ashley Madison are supposed to be a relatively legitimate business not out and out spammers. But who knows…if you are going to help people cheat on their partners what’s a little bit of spam between lovers?