This time I was just the photographer. Now that everyone’s counting on me for perfect pictures, I really have to pay attention to what I’m doing with the camera and can’t keep the detailed notes which I used to.* This is my more personal overall strategic takeaway. For detailed speaker by speaker notes, don’t miss John Doherty’s excellent and quite distinct summaries. 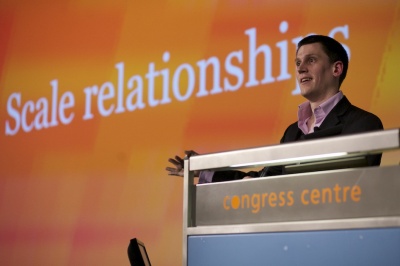 In October’s two day seminar, the Distilled/SEOmoz team were still working to keeping it very clean. No one was really supposed to talk about the bad stuff they were doing, let alone recommend it. Squeaky clean seminars about building out content, researching competitors, strategy and site architecture.

By the time the speakers were done it seemed clear that SEO was a dead end. The only way to compete and win was by inventing, populating and promoting great sites. While this is a lovely ideal, it’s rose-coloured glasses. It also marks down the SEO field to some extent. So this time in March, the pendulum swung full the other way with lots of avowed black hats or at least dark grey sombreros on the stage coming clean about their world, with presentations on how dominate Google via illicit tactics. 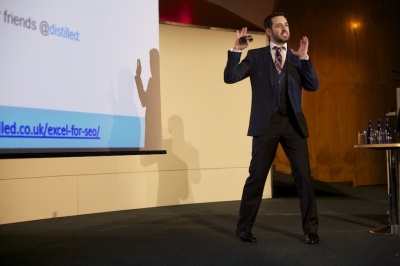 In particular, Martin MacDonald (head of search in Seatwave ticket exchange) and Russ Jones (CTO at online marketing company Virante) were there to talk about what they do and what they’ve done to rank and win. Apart from Rand Fishkin, there was little talk of ethics.

as a group SEO’s don’t seem to have much better ethics than investment bankers. Martin MacDonald doesn’t do paid links anymore because he’s seen the light or because he accepts Google’s fiat that the only paid links on the web should be from AdSense and made worthless to SEO via javascript. “Paid links just have the lousiest return on investment of any links I could build. You have to pay for them year after year or month after month. Other links require an upfront investment but then don’t require maintenance.” 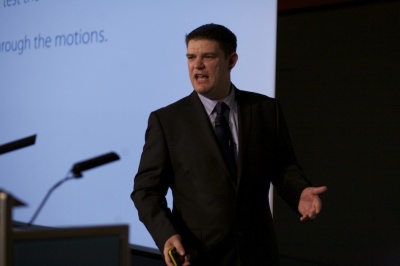 All the speakers talked about not practicing the black arts on client sites – and the stress of life as a blackhat. Wil Freyland mused on his darker days “You wake up first thing in the morning to check to see if your sites are still in the index.”

Martin MacDonald: “You don’t want to be explaining to your boss or to your client why their home page doesn’t appear in Google’s any more even for their own name. It’s not a good way to advance a career. Apply these techniques only on your own sites and preferably on sites at least one remove away from your core money sites.”

Someone defined an SEO as people who are willing to push the boundaries. I beg to differ. An SEO is someone who helps place his or her sites high in Google’s rankings. Preferably with as little risk as possible. In the worst case, any risk should be calculated risk. SEO is a marathon, not a sprint, guys.

Someone compared SEO’s to Al Capone. Capone dominated his markets until he was gunned down. Competition feared Capone right to the end. What a crappy way to live and work, under such shadows.

The Man Behind the Curtain

But the core truth about SEO quietly gradually revealed itself in nearly every speaker’s presentation. There is only so much you can do for a site via artificial means. The site’s own merits assure the long term success or failure of a given site. With the equivalent of steroids, we can pump our athletes up for one big day or one big season. But they will fall to pieces if they don’t train and eat properly under the drugs.

I think it was Tom Critchlow mentioned that TripAdvisor.com started with all kinds of mechanical SEO to push their site ahead of everyone in the competitive travel sphere. Without that initial push, TripAdvisor might have been still born. But at the core of TripAdvisor was merit. Not only did they compete hard on the SEO field for a short while, they worked even harder on their website and on their community. 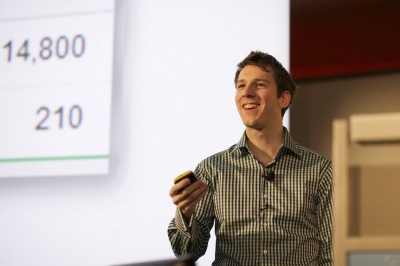 So SEO is just an integer factor in the long term success of a site. The real exponential multiplier is the merit of the site itself and the viability of the business proposition underlying the site.

Penalties: the importance of link diversity

One crucial tip which came out of the link building seminar and which I urge you to take to heart is link diversity. If your links are diverse even if some are dubious, your chances of a red card from Google go way, way down. If all you have are directory links, it’s very easy for an algorithm to see that it’s an artificial profile and devalue it to naught. Same thing with social media links, especially from one source. Or from forum spam or from comment links. Or from paid links. Or from site networks. Mix that cocktail up intensely enough, it’s hard for Google to see what you are doing and if you really should be devalued.

Will Critchlow, Wil Reynolds (founder of SEER Interactive), Jane Copland (SEO consultant at Ayima) even self-confessed link hijacker Russ Jones all mentioned the importance of PR to successful SEO these days and that the distance between SEO and PR diminishes with each passing year. 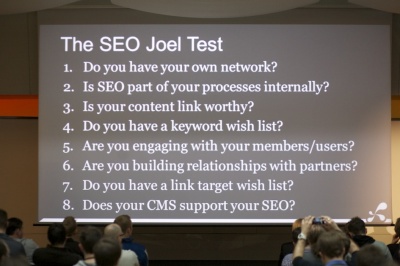 At Foliovision, we don’t have an SEO department. We have a Site Promotion department. I think that’s a better way to think about SEO these days. SEO is just a way to get the word out about your great site and services. If your site isn’t so great and your services are worse, site promotion is a very bad investment.

Tricks to Long Term Success: There is no Trick!

SEO’s marginal effectiveness in terms of fueling long term success doesn’t remove the strategic factor of planning the growth and appeal of a website, nor the obligation of building a solid foundation which scores highly on Google’s algorithms (in more and more markets, really only Google counts). Just once that’s done, it’s a lot more about improving your site and being exciting than about hijacking links by exploiting CMS security holes or of gaming small Pligg voting sites to vote your site up.

The more time you spend thinking and relying on tricks, the less likely you are to have the mental energy to do what’s important with your site. Whether that is to publish great material, useful tools or to bring people together.

For my own clients, we’ve been heading that way for years. Better and better content and tools. The link building seminar has convinced me that we’ve done to date is not nearly enough. We must start to compete with Conde Naste and Vanity Fair for quality content in our niches. No one else is willing to pay journalists properly for stories these days, besides Conde Nast and profitable website owners. Ariadne Huffington sure isn’t. Time we uppped the ante further.

Other Coverage (Don’t miss Links to Essex and Dogherty above)

* In November, when I asked questions with one hand on the camera and the other in the air, many attendees couldn’t figure out why the photographer kept asking about SEO. So no questions except behind the scenes. For those still wondering about November, I am a professional photographer and filmmaker by night but the creative director of a succesful marketing and design company with large programming and site promotion departments by day. My private Batman world but with less gunfire.