People are obsessed with the latest and greatest and design tricks these days. There’s a proliferation of Mac OS X system and maintenance customisation utilities. Almost all of them are rendered redundant by Marcel Bresink’s functionalist TinkerTool and TinkerTool System.

TinkerTool offers a consistent interface to tweak OS X hidden preferences for over a decade now across a dozen OS X versions. You can count on Marcel Bresink and his team to find and safely share ways to tweak and customize OS X. TinkerTool is free. It’s companion TinkerTool System allows a user to easily perform advanced maintenance and is always an inexpensive purchase between €5 and €9. I recommend Bresink’s utilities over anything else as Bresink is dedicated just to these system level tweaking and is very careful to make sure the customisations he includes won’t break your OS. In TinkerTool System it’s easier to break the OS but you’ll be warned several times before you do so. The other customisation utilities are mostly fly-by-night or built by marketers not engineers. I’ve used TinkerTool and TinkerTool System without adverse incident for over ten years.

Many of the comments at MacUpdate suggest that TinkerTool is not compatible with their OS. TinkerTool as it directly works with system preferences is OS specific. You must download the version which matches your OS:

What are the kind of things one can do with TinkerTool?

TinkerTool is free so there’s no downside here. If there’s even one thing on the list above you’d like to be able to customise (and I’ve only listed about a quarter of the features), TinkerTool makes it free and easy to have OS X behave the way you want your OS to behave, not Tim Cook. As Apple continues to lower the bar for the average expected IQ of its users, being able to make the OS behave in an intelligent way with fewer silly animations and more advanced functionality is important.

In case you’re ever not happy with your customisation, there’s even a full reset button which will set all these preferences back to OS X defaults.

Thank you Marcel Bresink for making computing on Apple better!

TinkerTool System allows an advanced user some control over colour schemes as well as the ability to flush persistent caches. Control over cache can be very important to repair system performance. Advanced control over Spotlight is a care feature. There’s a screen to show which of your SSD are using trim. TinkerTool 2 also allows users to create portable install disks for OS X. This is again easily enough done via terminal but it’s nice to have a reliable GUI.

There’s a screen which shows which of your apps are blacklisted by OS X for App Nap, Retina display or from launching at all. I was astonished to find I have 98 such applications installed. It’s not entirely accurate as I am able to launch Adobe After Effects CS 6. There’s a driver blacklist which lists 52 kexts on my computer which are blacklists. Most of them are not actively installed.

There’s advanced logs management. Basically a log reader which allows you to choose time range with a GUI interface and the information level. 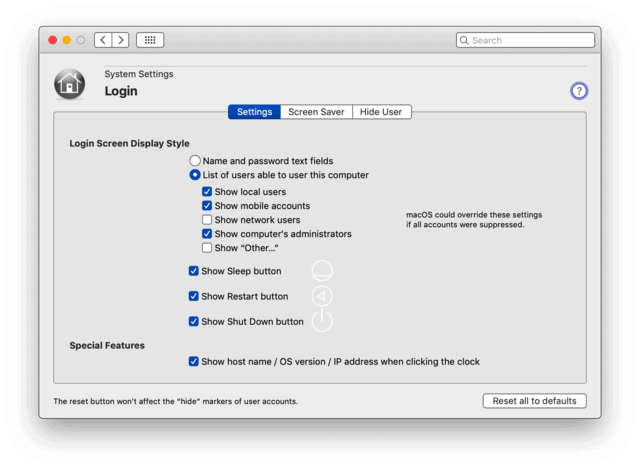 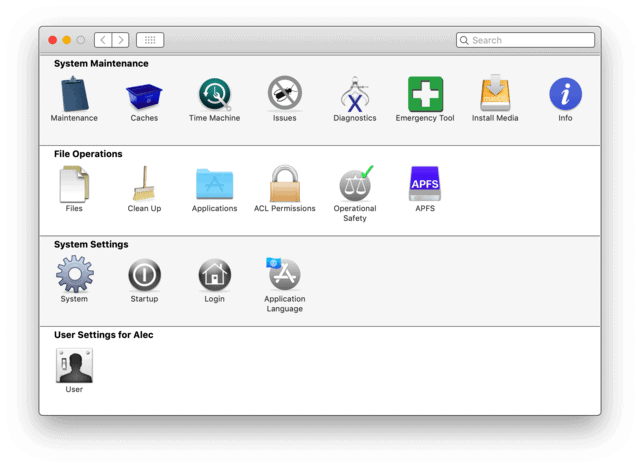 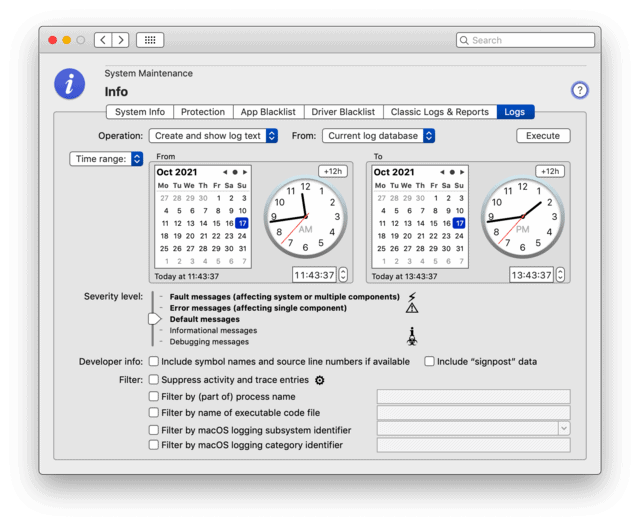 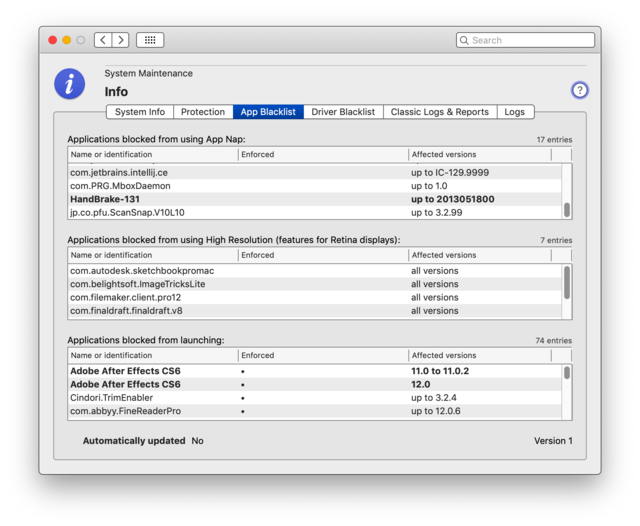 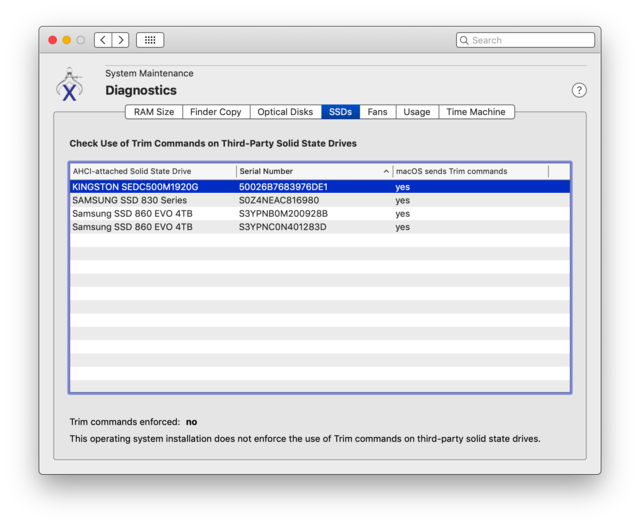 The biggest issue with TinkerTool System is knowing what it does and finding the controls you need when you need them. Fortunately there’s a search on the top right which can quickly guide you to the section you need.

I have only one major criticism of TinkerTool System which is that license must be purchased via Digital River. Digital River are the crooks who invented “backup insurance” for software licenses, where if you ever wanted to download your software again in the future you had to pay another fee up front, about thirty per cent of the cost of the software. Frankly it’s up to software merchants to keep records of their client licenses, as well as copies of major versions available. The cost of accessing those downloads and a license resend are part of the original price. If a software developer doesn’t want to play by those rules, s/he should be out of business.

Moreover the Digital River privacy policy is about ten pages and quite confusing. Giving US-based Digital River control of your customer data is a privacy violation all by itself, particularly for a European merchant. To purchase TinkerTool System it’s necessary to agree to all of these terms. There’s no reason a customer should have to create a separate agreement and separate account with a simple payment provider to pay Bresink for their software.

Marcel Bresink you owe it to yourself and your clients to use a more customer-friendly and less crooked payment provider than Digital River.