Martin and Mima have always liked to travel and explore new places. Hiking, trekking, or backpacking are their means for achieving harmony with the nature. One day, they’ve decided to grab an old camera with them, took it for one of their trips and didn’t stop there. That’s how We Hike The World has started.

The young couple from Slovakia was having a steady office job but their unceasing passion for roaming around in the nature has frequently dragged them out from behind the desk and kept them exploring more and more places. Soon, they began to capture their strolls through a lens:

We’ve always liked to capture beautiful and interesting places at first only with a phone and later with an old DSLR camera I‘ve inherited from my father. We used to share the pictures of our trips on social media where they had their first audience.

After receiving initial success, Martin and Mima decided to move a step further. The positive feedback has inspired them to buy their own camera and that was when they established their channel dedicated to people who love spending time in the nature and searching for hiking tips – Hike The World.

Capturing their wanderings has led them and their audience to many wonderful corners of Europe. They’ve visited striking blue lakes of Switzerland as well as the gem of Bosnia and Herzegovina – historical city of Mostar. However, the ongoing journey included many beloved places in their homeland they felt a strong belonging to:

As much as we love hiking, we consider the High Tatras to be our all-time favourite with Malá Fatra being our top choice.

After dropping their first high quality video capturing the frozen winter in Malá Fatra with a drone, the views on their channel had exploded – their opinion was obviously shared also by their audience admiring every footage from the biggest Slovak mountains.

Eventually, their love for nature had Martin and Mima left their full-time jobs and they dedicated their time to creating visually stunning videos capturing the unrepresented beauty of Slovakia:

After an entire year of collecting shots, we’ve decided to get in touch with Slovak music producer Miro Maršík and make a video together, about a part of Slovakia beloved not only by locals – about the High Tatras.

Imagine sharp rocky peaks, crystal clear lakes and lovely huts in the heart of mountains and lush green. That’s how beautiful the big mountains in a small country of Slovakia are. The High Tatras mountains are situated in the northern part of Slovakia, on the border with Poland and were declared to be the first Slovak national park. The mountains were created about 60 mil. years ago.
It gained its current appearance by the glacier activity 2 mil. years ago. The characteristic peaks, deep valleys of glacier origin, moraines and mountain lakes were formed the same way, too.

Unfortunately, the mass tourism has arrived to the mountains which now tend to be overcrowded season by season:

We had to pick exact time and place for shooting, when there won’t be many tourists, in order to capture the genuine atmosphere of the majestic mountain-range.

Accordingly, they didn’t meet many people but had unique encounters with mountain goats at Veľká dolina (the Big valley) and with famous fox Eliška at Malá Studená dolina (the Little Cold valley).

Short movies shot by the We Hike The World duo take you to untamed places reminding you of the natural heritage given to us. Powerful yet fragile – a beauty that needs to be protected. 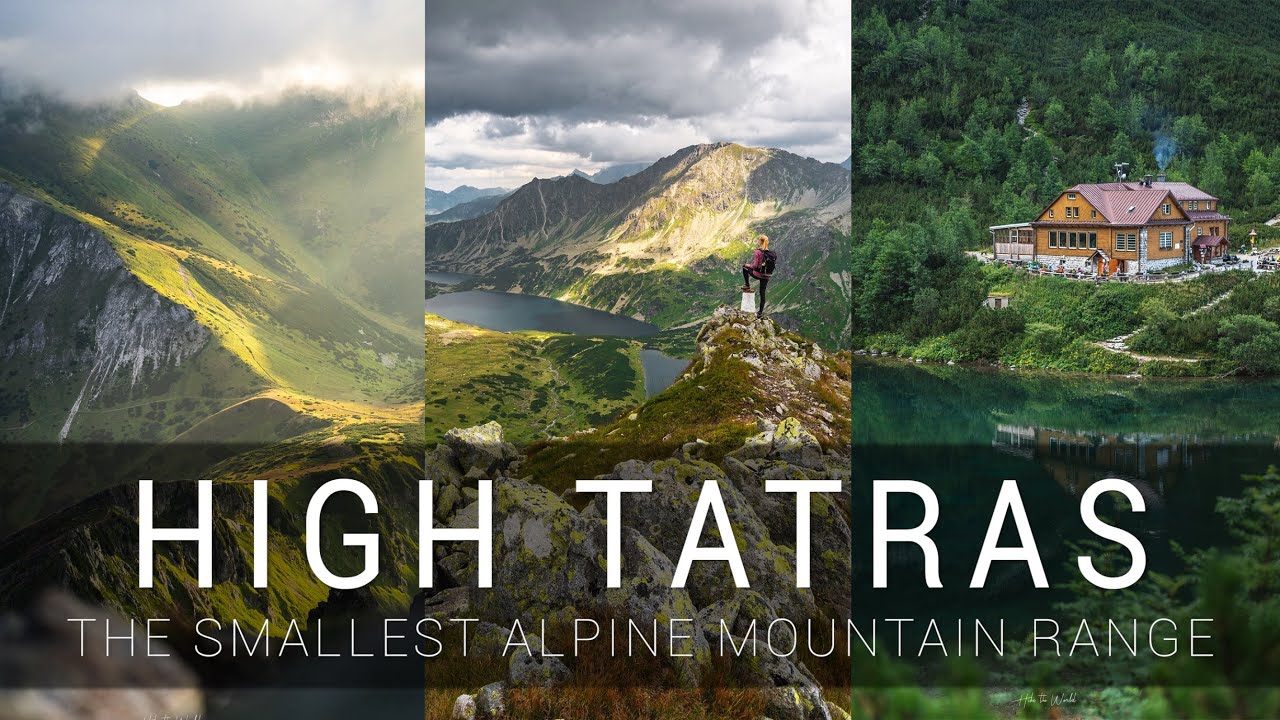