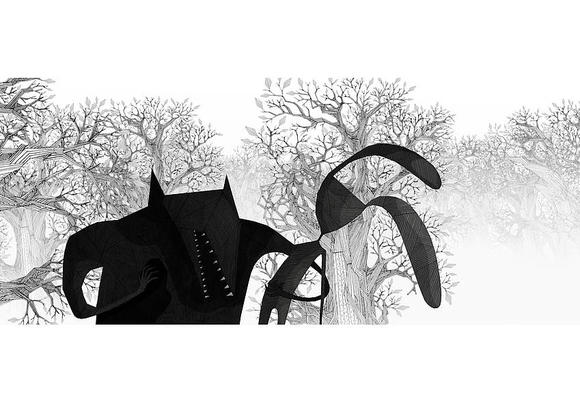 Marta Prokopová, born in 1991, is a video artist currently based in Bratislava, Slovakia. She graduated from the Academy of Performing Arts Bratislava at the Film and Television Faculty with a Master’s Degree.

During her studies at the Academy, Marta made several animated films, which were presented at International film festivals all over Europe. In 2016 her film Mila Fog won the Award for the best Slovak film at Fest Anča IFF and National Film Prize / JÁN FAJNOR´S PRIZE at Igric festival.

White Forest, the video we’ve choosen to feature this week, became an introduction into the life of Mila Fog, “a fox who tries to escape stereotype and everyday repetition by means of thoughts. She tries to find an awakening and internal freedom by focusing on the details of the forest.” Marta says the character came to be in the fourth year of her studies, when they got an assignment to make a horror film. Mila Fog then became Marta’s Master’s Degree Film.

Biely Les, or White Forest, is a story about love in a forest. Mr. Emil, the protagonist is a bunny, who is in love with the fox, Mila Fog. But there is a third person, a big bad wolf, a man with dangerous infatuation with Mila Fog.. An animated poem about a love coming from the depths of the mysterious forest, so characteristic for Slovakia, with beautiful artwork and haunting music.

Warning: Watch out for your ears and your heart.