WordPress 3.4 is just out. (Full list of changes for the technically inclined.) I was astonished to see that WordPress.org had found the time to make an almost content less video narrated by some bored British guy but not much time to really improve the software. The video is more about guitarist Grant Green than WordPress. Which makes sense as not much important has happened. 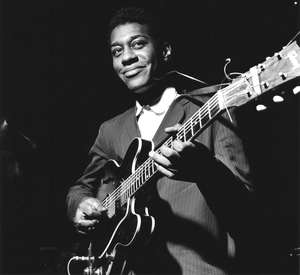 Instead of major architectural and database improvements (oh heavens does WordPress need those) we have semi-automated tweeting and the ability to browse more installed themes more quickly:

It is nice that theme preview is built in finally. But that functionality has been available for years in plugins.

Rather than these visually lollipops, what WordPress core really needs is some serious work on performance. There is so much left undone and unreviewed on that list. At the same time, “Support Facebook’s HipHop” has been accepted.

To take a concrete example, one of the worst performance issues right now is Revisions. Revisions are made every time anyone touches or opens a post. Any given post can easily end up with twenty revisions. That makes the live posts database twenty times larger. Huge tables like that make database caching in memory (a big performance help) much more difficult, requiring vast quantities more memory or elaborate MySQL tweaks to slice the database.

Far simpler would be to keep a separate table for revisions. Revisions are only needed about twice/week on one of our sites with thirty authors and ten posts/day). That simple change to architecture would vastly improve memory performance for WordPress. WordPress.org’s HipHop performance crew can’t even be bothered to keep the ticket open.

More importantly, the vast majority of the queries done on this table (every normal page view) doesn’t need this data. It isn’t a complicated concept, it is very basic design: Don’t load up tables with irrelevant data.

Some beardo named Ryan considers that this is a matter for the WordPress hackers list. Hackers list? Revisions and database structure are an essential core performance issue. 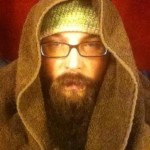 Enjoy the integrated tweeting on your very slow WordPress site. I guess I should be grateful to Ryan, Matt and co. for making it so difficult to manage a busy WordPress site: it only helps Foliovision’s business. Sometimes I wonder if the lousy WordPress performance on larger sites is deliberate: Automattic’s biggest business is as a WordPress consultancy as well.

At VIP.WordPress.com, hosting starts at $3,750 month. It shouldn’t be that hard to host a busy WordPress site.

Anyway enjoy the integrated Tweeting…and if you have a busy WordPress site which you need to run faster, come and see us. Our work is not inexpensive but is a lot less than $3750/month for hosting.

Another round of updates for all our clients for little gain. Let’s hope not too much breaks this time.