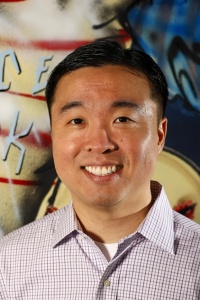 Facebook has just shed its CFO, Gideon Yu – the same guy who negotiated the deal for YouTube. That’s somebody I’d like on my team. (Hey, Gideon, we need a CFO at Foliovision.) Apparently Mark Zuckerberg who is the last cofounder of Facebook still standing wasn’t seeing eye to eye with Yu about potential monetization plans.

Zuckerberg is rumored to want an IPO. Normal mortals would settle for being acquire, In the meantime, the company is bleeding red ink.

Just the kind of place I would like to store all the contact information of my family and friends: at a business who is desperately in need of a $100 million.

Not only is Facebook desperately in need of cash, but they are an onshore American company. Under all the various Bush decrees, any information stored anywhere in America is accessible by American intelligence and security agencies with the rubber stamp of a secret tribunal. Normally when intelligence agencies get close to data, they don’t take what they need, they take all they can get.
In general, Facebook is not somewhere I would be comfortable keeping a full database of all my contacts and all of their contacts, along with exact information about the nature of our relationships. See our page on the dangers of Facebook.