Patrick Dankers—a developer and technical SEO specialist—was a Nintendo fan for as long as he can remember. He started Nintendoreporters.com, a site dedicated to all things Nintendo, in October 2017 and has been adding new reporters and expanding ever since. 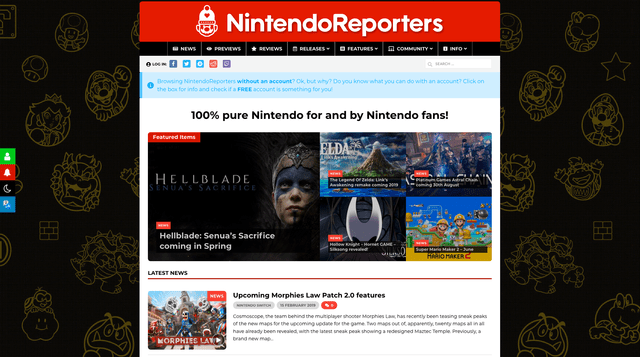 However, Patrick says it’s mostly him producing the content that gets published on the site:

The team members occasionally do a review here and there. But for the most part, it is a one-man show, at the moment. It’s very time intensive, but I like the challenge in that. It’s also hard finding someone who can keep up with the ongoing changes in the gaming scene. It’s something I do besides my full time job. I would love for it to be something I could invest more time in and even earn a living from. However, the competition in this field is enormous and making money has never been something that drives me.

In the beginning, all the content on NintendoReporters.com was written and published in Dutch. Patrick told me that he actually prefers writing in English. After a while, he realized that since most gaming news usually drops first in English, it was easier to post press releases in English, as well. Now they have two language versions of the site—Dutch and English. Some reporters write in both languages, while for others, Patrick translates their work from Dutch to English.

The site is every Nintendo fan’s go-to source and it makes complete sense that it should be in English and accessible to Nintendo lovers from all over the world. Patrick’s team writes in-depth reviews of existing games and their hopes and dreams for the upcoming titles. It’s no wonder the main star of the site is the ultimate Nintendo legend— world’s most favorite plumber—Super Mario. Even their logo is an homage to him:

The main logo should be the look-alike of someone everyone knows (and loves), with a reporter’s Fedora hat, a press card (old school reporters thing) and the NR to make the connection with the brand name a bit more clear. 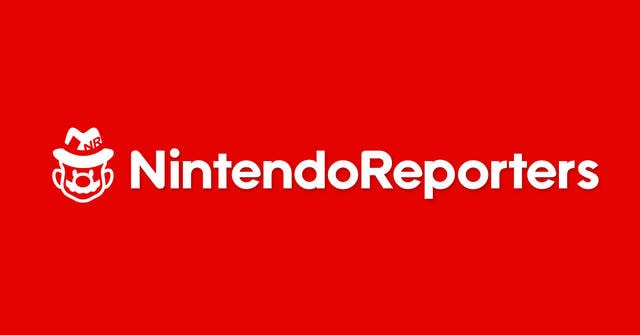 These days the gaming community is all about videos and filmed game walk-throughs. The technology we have today has allowed gamers to experience how other people play the games they’re interested in, from the comforts of their own couch. There are actually people who enjoy watching other people play games more than they would enjoy playing the game themselves. In fact, they created their own video platform for it called Twitch, where you can watch live streams of games being played by some of the most famous gamers in the world. So how’s Nintendoreporters.com dealing with the video craze?

I would love to offer more video content. Be it video reviews, or video reports, that is something I would love to look into. But I, myself, am not that comfortable in front of a camera. I’m more of a “behind the scenes” guy. The way search is developing (people use YouTube more then Google nowadays) and the video trend in general, I would like to go that route.

Most video reviewers post their videos to YouTube, and some of them even earn their living through their gaming channels. There is always an argument that having your own site is a kind of insurance for the future—Youtube can always take down your content without asking, but what you do on your own site is your own thing. Patrick agrees:

The reasons I wanted my own medium: Freedom in creativity, opinions, design options, and so on. The downside of that freedom is, simply put, time. We have to create our own format, make sure people find the medium, like the medium, come back to the medium, and so on. Especially getting started when it comes to interactions, is very challenging.

In 2015, Nintendo launched a program called The Nintendo Creators Program—which granted 60% of the advertising revenue for any video containing content from Nintendo games to users who registered. This program had a parallel agreement with Youtube. Youtube would flag videos which had a certain amount of content about Nintendo and if the author wanted to keep the video live, they would have to add Nintendo ads to it, but the proceeds from those ads would be split between Youtube and Nintendo. 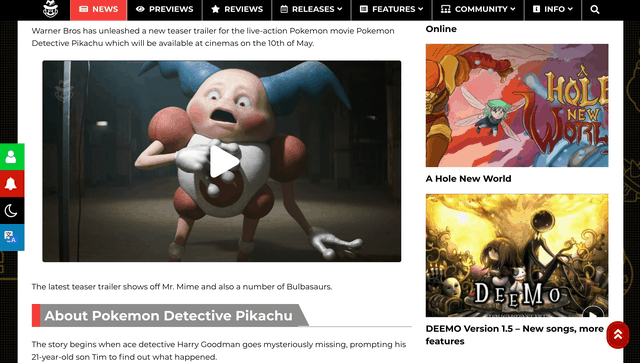 The Program was criticized by authors, some of whom, earn their living by making gaming videos. They were not allowed to upload and monetize their videos unless the video was approved and registered with Nintendo. This was also one of the reasons why Patrick didn’t pursue video reviews and branching out to Youtube, that much.

However, there’s still lots of video content on NintendoReporters.com, which is how we got to work with them. When Patrick was searching for a better way to approach video content when using WordPress, he came across FV Player. After trying out the free version of the plugin, he decided to go Pro:

There were several features I was looking for, such as a clean UI, easy integration, sticky player, and others. After reading up on the documentation and testing the free version of FV Player, I was very pleased with what it could do for us. I went with the Pro version, as I think free software is great, but it does not last in the long run. Giving back to the creators (giving credit where credit is due) is something we need to do. Only then, will more wonderful things come from it.

Since they’re only posting video previews of any upcoming and existing Nintendo games, or Nintendo-related movie trailers, Patrick is using FV Player with videos hosted on Youtube. Being a FV Player Pro User, he also has the option to use his own branding on the videos, instead of using YouTube’s original logo. 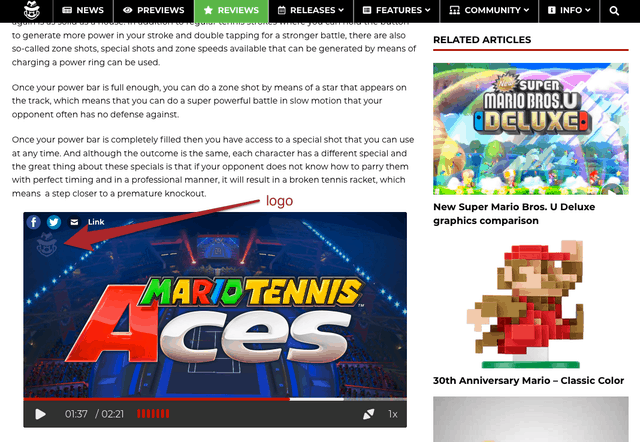 FV Player also allows users to choose from two existing player skins—Slim and Youtuby. Patrick has opted to go with the Youtuby skin, which nicely complements the overall design of the whole site. Users can also create a completely customized version of their skin to match their site’s design. 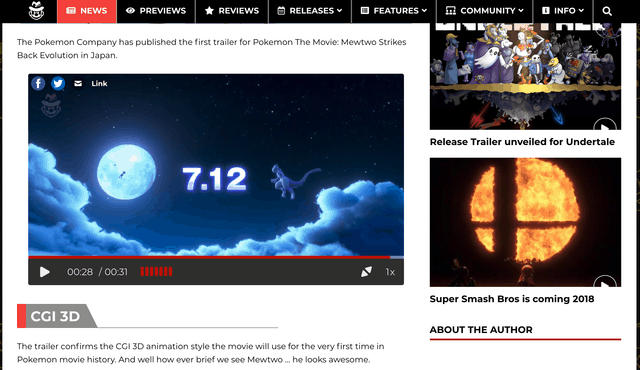 If you play any of the videos on NintendoReporters.com, you will notice the Sticky video feature. This allows the user to watch the video while scrolling down the page—the video will move to a smaller box either on left or right side/corner of the screen, while you scroll.

Thanks to Patrick, we are now working on an additional feature, which will allow the user to drag the Sticky video box across the screen to anywhere they desire, which will be a big improvement, so stay tuned.

With FV Player’s easy integration with YouTube, and the variety of options in both the free and pro versions, Nintendoreporters.com are all set for their video needs. Patrick says that the FV Player’s biggest advantage is in how easy it is to use from the very moment you install it on your site:

The most liked is the fact that it can work without even using the FV Player button. Don’t get me wrong, I love the options available, but in a lot of cases, I don’t even need them for what we use FV Player for. It works great, out of the box, with the usual WordPress video implementation.